Four months later and Atlanta Falcons fans are still grieving the loss from Super Bowl 51. I personally still can’t believe that it happened. One person who has moved on, is our then offensive coordinator – Kyle Shanahan, he ended up filling the head coach opening for the San Fransisco 49ers and never looked back.

Coach Dan Quinn and quarterback Matt Ryan have spoken at length about the loss – Quinn said he’s “not over” it, while Ryan is trying to get past it by watching the game repeatedly – but former offensive coordinator Kyle Shanahan has somewhat dodged the topic since joining the 49ers. However, on Friday, he was asked about any regrets he has nearly four months later.

“Yeah, there’s no doubt. The second-and-10 that we got sacked on,” Shanahan said on the Rich Eisen Show. “I wish I had dialed up something differently. And then the next play, we called an option to [Mohamed] Sanu, we got right back in field goal range, but we had a holding call on the play and it knocked us out some more, and an incompletion on the next one.”

“It’s not just that. I go through every single play in the game, but when it comes down to it, the big one was the sack that we had on second-and-10.” 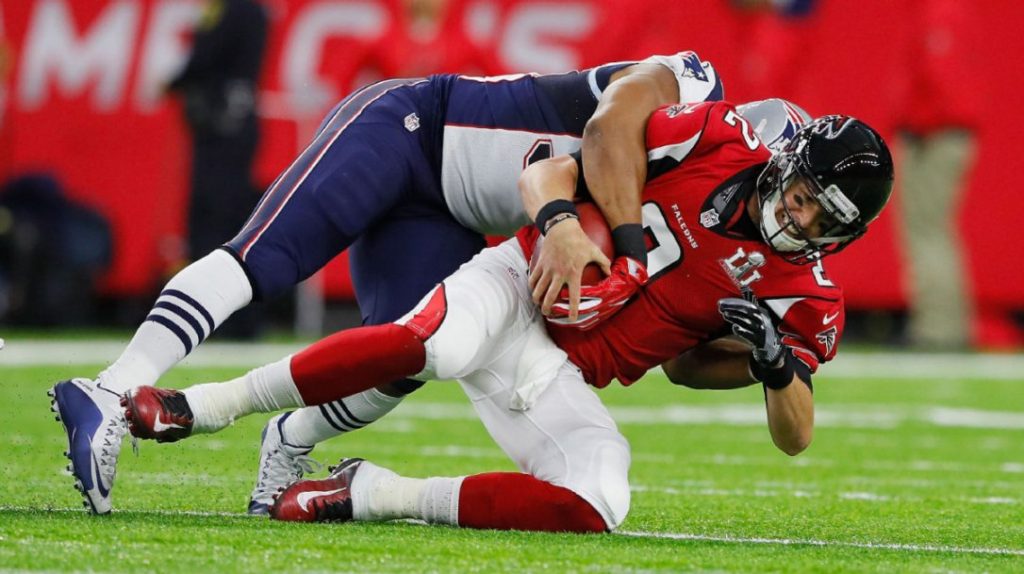 I still don’t get it. Up 8 points with 5 minutes left and the ball in field goal range for the well seasoned Matt Bryant, all we needed to do it run the ball and kick a field goal.

Instead, Shanahan called a pass play on second down rather than milking the clock – a decision he’ll probably always regret. He said he thinks about the game “a lot” and there aren’t many days that go by where he doesn’t think about it, particularly this specific play call.