Miss Saigon tells the story of a young Vietnamese woman named Kim, who is orphaned by war and forced to work in a bar run by a notorious character known as the Engineer. There she meets and falls in love with an American G.I. named Chris, but they are torn apart by the fall of Saigon. For three years, Kim goes on an epic journey of survival to find her way back to Chris, who has no idea he’s fathered a son. This new production features stunning spectacle and a sensational cast of 42 performing the soaring score, including Broadway hits like “The Heat is On in Saigon,” “The Movie in My Mind,” “Last Night of the World” and “American Dream.”

Tickets for Cameron Mackintosh’s acclaimed new production of Boublil and Schönberg’s legendary musical MISS SAIGON—a smash hit in London, Broadway and across the U.K.— are on sale now for its highly anticipated engagement in Atlanta at the Fox Theatre.

MISS SAIGON will play at the Fox Theatre in Atlanta from March 17-22, 2020. The performance schedule is as follows:

Cameron Mackintosh said, “It’s hard to believe that it has been over 29 years since MISS SAIGON first opened in North America but, if anything, the tragic love story at the heart of the show has become even more relevant today with innocent people being torn apart by war all over the world. This brilliant new production, directed by Laurence Connor and featuring the original dazzling choreography by Bob Avian, takes a grittier, more realistic approach that magnifies the power and epic sweep of Boublil and Schönberg’s tremendous score. Of all my productions, despite its popularity, MISS SAIGON is the one that the public has had the least chance to see as it requires such a huge international cast of Asian and Western performers and a vast array of visually stunning sets. Now, for the first time in 19 years, as it continues to wow audiences in major cities around the world, theatregoers across America will be able to see one of the most spectacular musicals ever written in all its glory, in a new production that critics in London and on Broadway have embraced.”

The new production of MISS SAIGON just completed a triumphant UK/International tour that played 19 months and visited 14 cities. Additional productions will open during the next few years in Asia.

The full backstage story of how the new production was created, The Heat Is Back On, is now available on DVD by Universal and is one of the most comprehensive insights into how a big musical is put together that has ever been filmed.

This is a special run in Atlanta at the Fox Theatre.

Get your tickets now here. 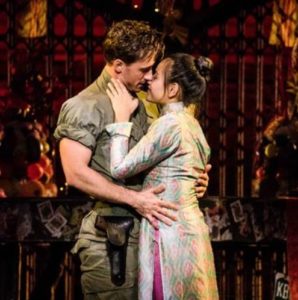 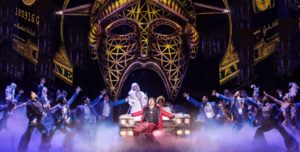 Coworking Space for Women Only Opens in Alpharetta

Big Turnout at Cobb Galleria for Travel and Adventure Show