MACON, Ga. — A miscommunication resulted in an unusual birthday cake for a Milledgeville woman. Kensli Davis is a huge fan of Disney’s animated movie, “Moana.” Her mother ordered a cake for Davis’ celebration.

They were surprised to see the cake decorated with a marijuana design. She says the cake came from Dairy Queen.

“I think they thought that she said ‘marijuana’ because we are from south Georgia and kind of have an accent. So, ‘Moana,’ marijuana?” said Davis.

She’s ordered other cakes from the same location for more than 10 years. Davis says she believes the employee made an honest mistake. 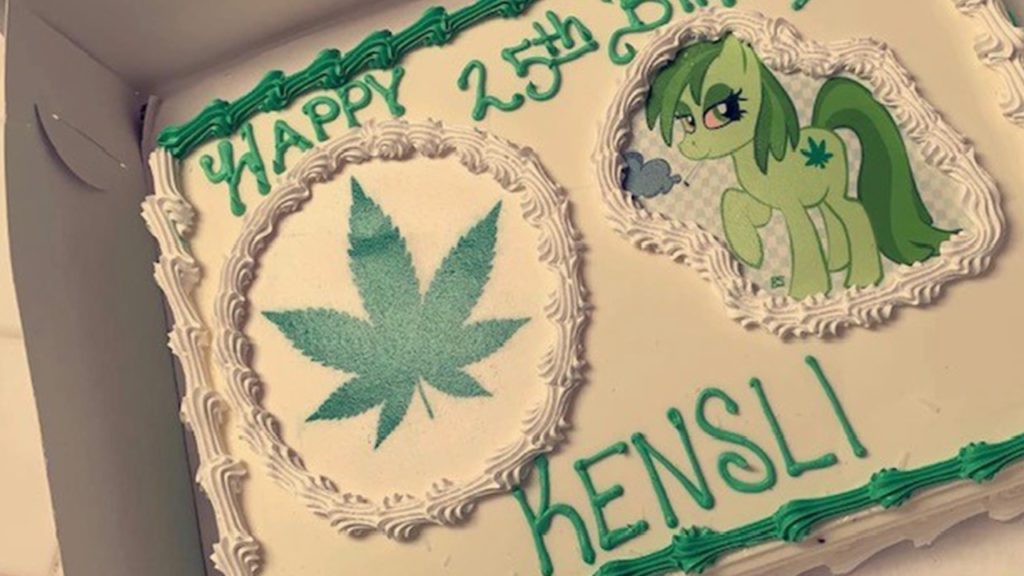 “I guess when they said that I love cartoons, they were just like, ‘Let’s throw a little pony on there.’ It had red eyes. It was smoking a joint with a tramp stamp of a pot leaf on it’s bottom,” said Davis.

The mishap didn’t stop her from eating it.

“I was very shocked and it was hilarious to me,” said Davis.

Davis posted the picture of the cake on Facebook. It went viral with more than 11,000 shares.

“I was very impressed by the artistic capabilities of them to be able to do the design that they did,” said Davis.

She still plans on buying a birthday cake next year.

“It won’t be ‘Moana’ or marijuana. I just won’t get a design at all. I’ll just get a regular ice cream cake if I have to,” Davis laughed.