PGA Tour Champions Tees it up this Week in Duluth

On the heels of an exciting Masters, some of the greats of golf will be playing in Duluth this week.

The PGA TOUR Champions season resumes this week with the seventh-annual Mitsubishi Electric Classic in Gwinnett County. Steve Flesch will look to defend his title, while Bernhard Langer, Miguel Angel Jimenez, Olin Browne, Woody Austin and Stephen Ames will also be vying for a second tournament title at TPC Sugarloaf. The field features nine members of the World Golf Hall of Fame – including Tom Watson, Colin Montgomerie and 2019 inductee Retief Goosen – as well as one member of the Baseball Hall of Fame. Former Atlanta Braves pitcher John Smoltz will make his second start of the season, as he finished T53 in his season debut at the Cologuard Classic.

-9 members of the World Golf Hall of Fame (including Retief Goosen, who will be inducted in June)

This week’s field includes five players that played in the Masters. Bernhard Langer was the only PGA TOUR Champions member to make the cut, as the 61-year-old played the weekend for the fifth time in the last seven years. In all, it was his 26th made cut in 36 starts in Augusta.

This 54-hole stroke play golf tournament features 78 PGA TOUR Champions professionals competing for a $1.8 million purse at the prestigious TPC Sugarloaf in Duluth, Georgia. The event, which will benefit local charities through the Gwinnett Championship Foundation, Inc., has raised over $2.1 million since its first tournament in 2013. All three official rounds will be internationally televised on the Golf Channel. For more information, visit: www.mitsubishielectricclassic.com.

Come out this weekend for some great golf! 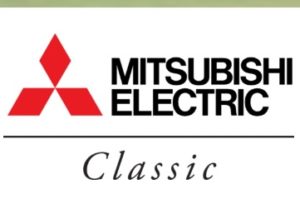 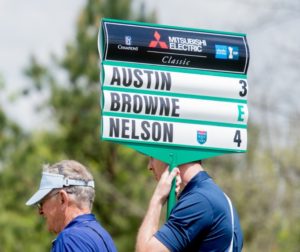