While Jackson State jumped out an early 7-0 lead, South Carolina State responded by scoring 24 points during the second and third quarters. Bulldog quarterback Corey Fields bounced back from a rough start to throw three touchdowns during the run.

Fields would find success again in the fourth quarter, connecting with wide receiver Shaquan Davis for the duo’s third touchdown of the day. Davis set a Celebration Bowl record with three receiving touchdowns.

The game will be televised nationally on ABC.

“We are delighted to extend our agreement with AMB Sports and Entertainment. Opening the college football bowl season in Atlanta at one of the world’s premier sports and events venues, Mercedes- Benz Stadium, is something our teams and fans really enjoy,” said John Grant, executive director of the Cricket Celebration Bowl.

“We are thrilled to be the home of the Cricket Wireless Celebration Bowl,” said Tim Zulawski, Chief Revenue Officer for AMB Sports and Entertainment. “John Grant and his team at ESPN Events does an outstanding job promoting HBCU football and we are excited to host this game through at least 2026.”

Entering its sixth year, the Cricket Celebration Bowl has established itself as a premier bowl game, celebrating the heritage, legacy, pageantry, and tradition of Historically Black Colleges and Universities (HBCUs). The championship-style game between the MEAC and SWAC champions is televised on ABC. ESPN Events collaborates with its sponsors and the Divine Nine Greek organizations to schedule the game’s ancillary events, which includes a fan experience, community service projects, and more.

Since its debut in 2015, the Celebration Bowl is the only Division 1 Football Championship Subdivision bowl game. The game was played at the Georgia Dome the first two years (2015-16) before moving into its new home at Mercedes-Benz Stadium in 2017. The bowl is making its return in 2021 after a one-year absence due to the Covid-19 pandemic. 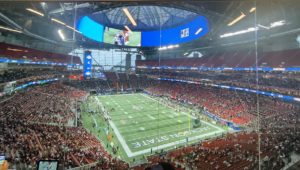 Investment Basics: What Should You Know Before Starting on Your Own?