NFL legends Steve Young and Jerry Rice have teamed up with Meta to unveil Creator Zone – a dedicated space for teens 13+ to use Meta Quest 2 headsets to experience and create in virtual reality.

Since 2006, Young and Rice have worked together to create technology hubs for children in underserved communities called “8 to 80 Legend Zones.” They’re now partnering with Meta to bring Meta Quest 2 headsets into their Atlanta facility via the addition of a “Creator Zone.” The goal is that the Creator Zone will give teens access to VR and inspire the next generation of metaverse creators.

To mark the opening of the Creator Zone, the Hall of Fame duo along with Meta and Atlanta children and dignitaries hosted a ribbon cutting on Tuesday, Nov. 15, at the Johnson STEM Activity Center, home of the 8 to 80 Legend Zone.

Young offered: “Jerry and I, through our 8 to 80 Zones, are thrilled to be partnering with Meta – offering the youth of Atlanta the very latest tech to help them pursue their passions and future careers. This will provide the next generation of innovators opportunities to be inspired and engaged as they learn, code, create, and compete. Through these resources, we all hope to do our part to advance cultural & social change at the heart of where it matters most – the community”.

The all-new “8 to 80 Zones / Creator Zone” is a free resource for all Atlanta students 13 and above and provides youths living in underserved communities the skills to pursue careers in technology, e-sports, gaming, media as well as training on cutting edge equipment and software for television, radio, voice recording, graphic design, and game development.

8 to 80 Zone‘s is a collaboration between NFL Hall of Fame Quarterback and Founder of the Forever Young Foundation, Steve Young and former NFL player Jerry Rice and named after their respective San Francisco 49ers Jersey numbers. The organization is focused on passing on hope and resources for the development, strength, and education of youth. 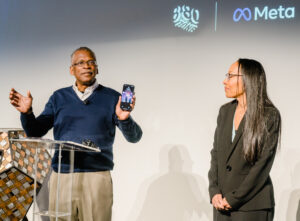 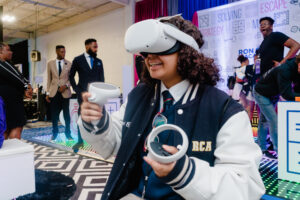 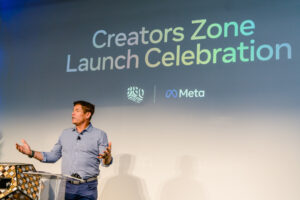