The 10 Dumbest Cities in Georgia

A welcome sign hangs outside Chamblee City Hall in Chamblee, Georgia, June 10, 2014. Chamblee was incorporated in 1907 and had a population of 9,892 people according to the 2010 U.S. Census. The city's motto is, "A City on the Right Track." (Photo by Carmen K. Sisson/Cloudybright)

Every state has people that are dumber than rocks, even in our beloved peachy state. Roadsnacks, an infotainment site has complied a list of the 10 most dumbest cities in Georgia, they warn that all information is opinion based on facts so do NOT freak out.

We all know Georgia isn’t the smartest state in relation to our education, even the Washington Post named Georgia the 13th dumbest state in America. In Roadsnacks report they explain the way they gathered their criteria was by taking the percentage of a city’s population with less than a high school education and the percentage of high school drop outs. Only cities with a population of 5,000 or more could be considered. They also looked at graduation rates of the entire population, not just the high schoolers. See if your city made the list.

Remember, if your city made the list this DOES NOT mean that you’re dumb.

Located just northeast of Doraville, Norcross is the last place to make the list of dumbest cities in Georgia.

Nearly 3 in 10 adults in Norcross never completed high school, which is the ninth highest rate in the state.

On top of that, 9 out of every 100 teenage high school students drops out each year, which means Norcross isn’t poised to climb out of the stupid hole any time soon. 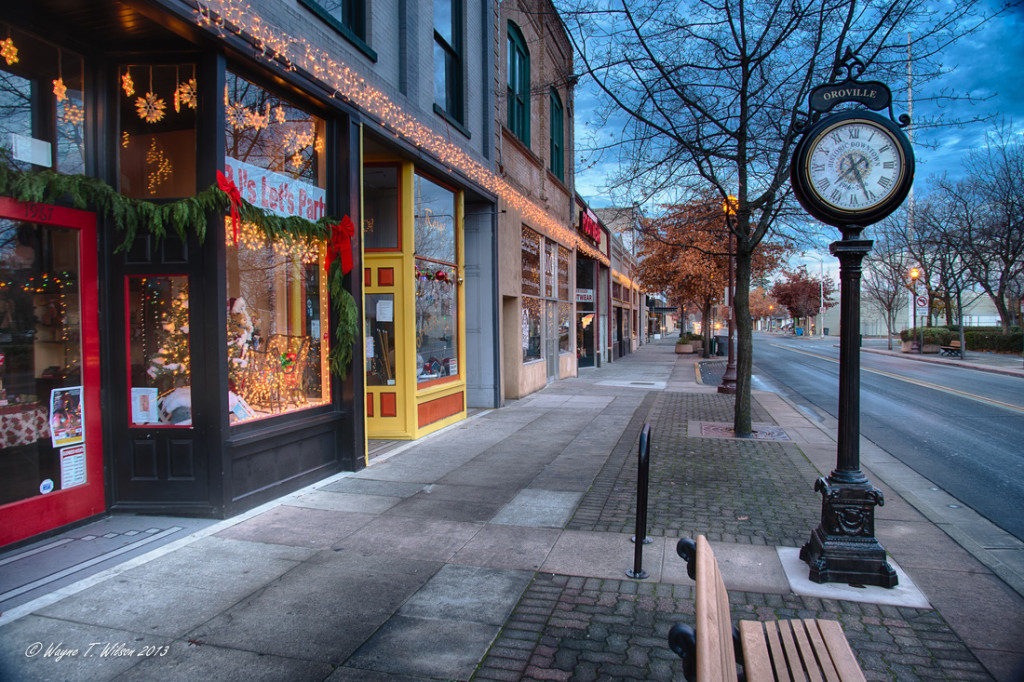 A northeastern suburb of Atlanta, Doraville has the highest rate of adults without GEDs in all of Georgia.

An incredibly high 39.5% of Doraville’s population over the age of 25 never completed the basic education offered in high school, which is well over twice as high as the state’s average.

On the “bright” side, the dropout rate in Doraville is only 0.6% higher than the state average for cities with populations over 5,000, so in years to come, Doraville’s stupidity might be phased out. 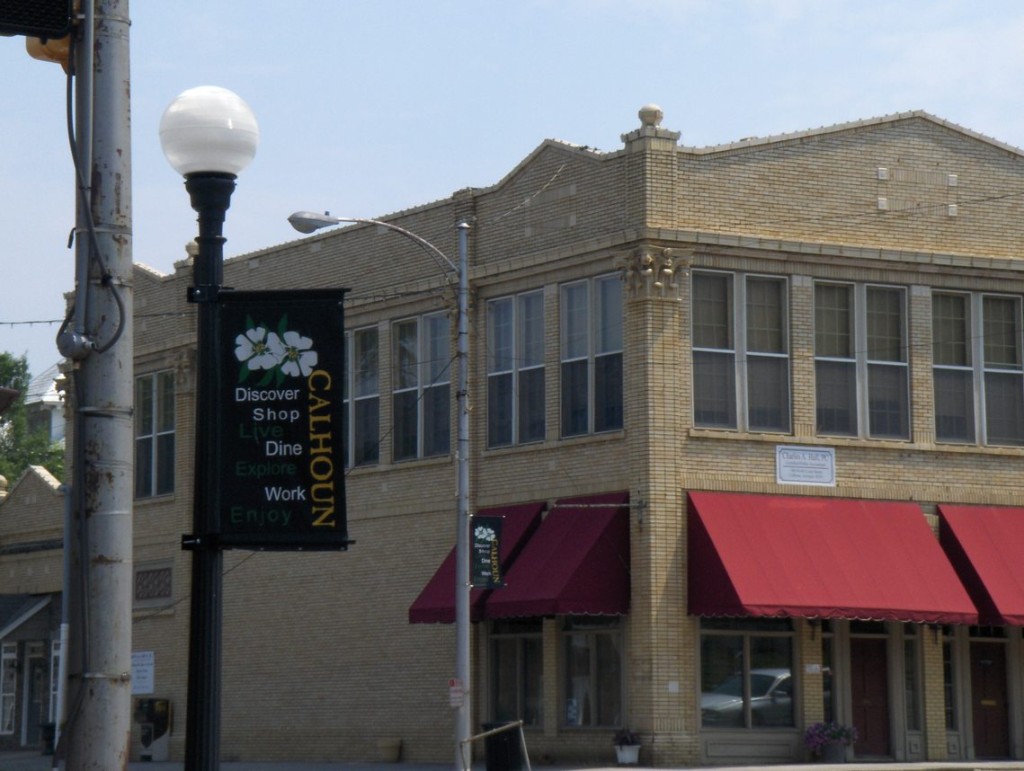 Another northwest Georgian city, Calhoun has one of the highest education-less adult populations in the state.

For every three adults you meet in Calhoun, one of them never completed high school, meaning it isn’t the best city to get a book club started in.

Adding to Calhoun’s stupid-points is the fact that 17 out of every 200 students drop out of high school. 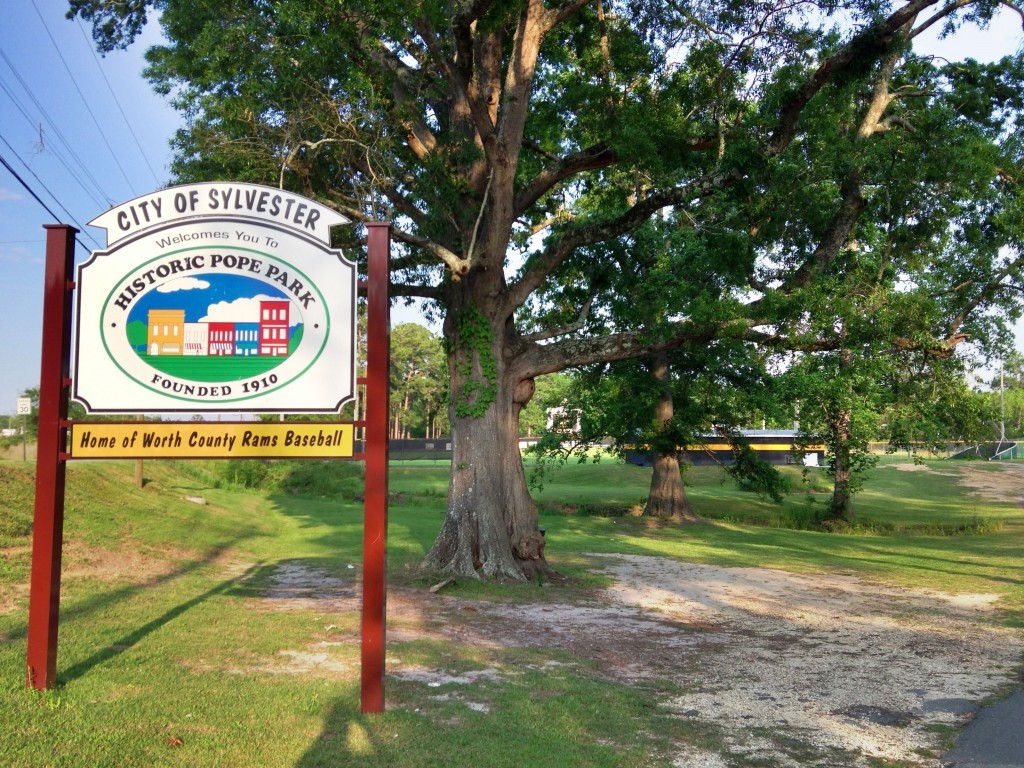 Sylvester is indeed the smallest city to make the dumb-cut, with 28.3% of the city’s adult population having never earned their GED.

The dropout rate of 10.9% is also much worse than the state’s average, leaving us to see Sylvester in a dim light. 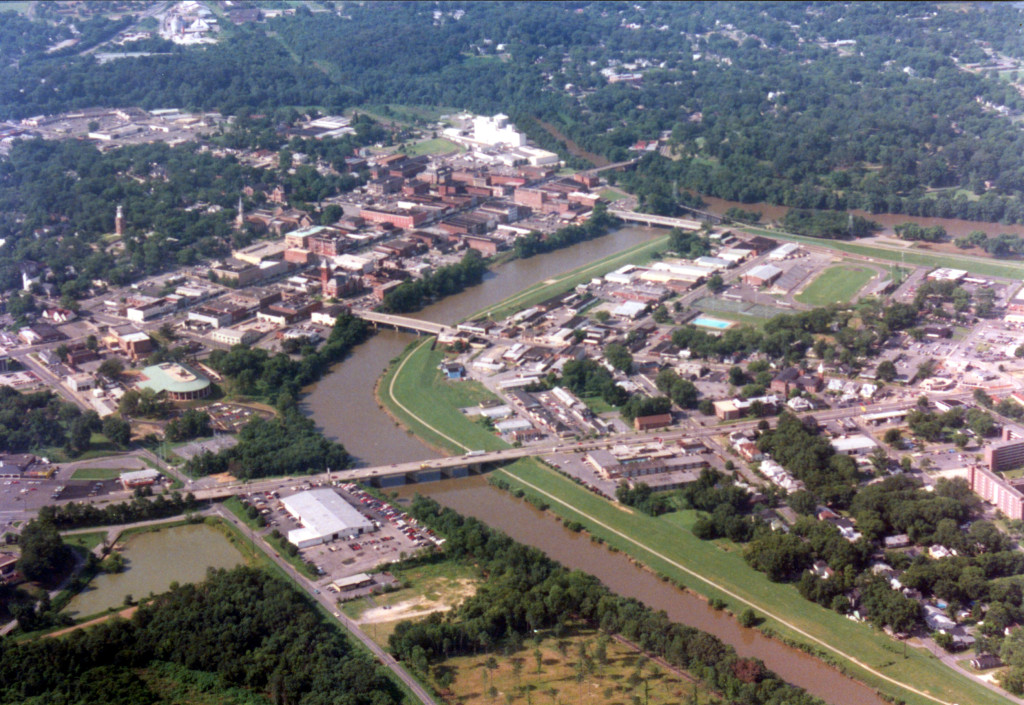 Located at the foothills of the Appalachian Mountains, Rome is the largest city in northwestern Georgia, the apparent epicenter of the state’s stupidity.

27.4% of Rome’s adult residents never earned a high school diploma, which is a full 10% higher than the average for Georgian cities with populations over 5,000.

While Rome is home to four colleges, 12.1% of the city’s high school students drop out each year, meaning they won’t be able to take advantage of these educational opportunities.

Get a “Georgia Peach” Car Decal

A southern suburb of Atlanta, Griffin ranks as the fifth dumbest city in Georgia with the fifth highest rate of teenage high school dropouts in the state.

About 17 students drop out for every 100, which is about three times higher than the state average. That means a large portion of the upcoming generation will be unqualified for a number of jobs.

Add to that the fact that more than a quarter of adults in Griffin never completed high school, and you’ve got yourself one of the dumbest cities in Georgia. 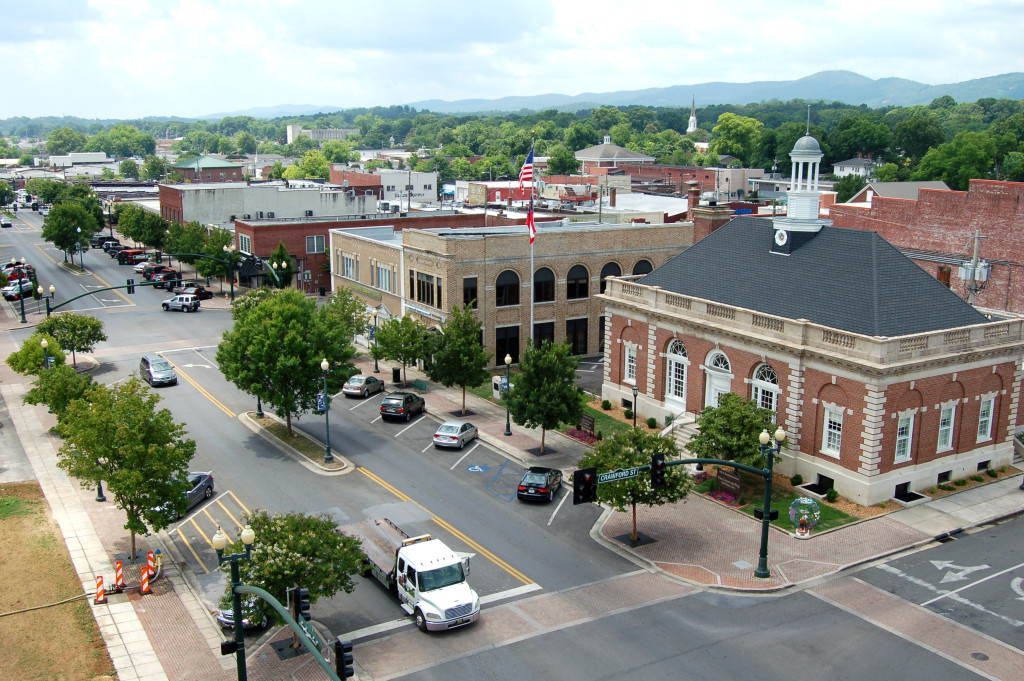 Located in northwestern Georgia (like many cities on this list), Dalton is the fourth dumbest city in Georgia.

A staggeringly high 36.3% of Dalton’s adult population doesn’t have a GED, which is the fourth highest rate in Georgia and more than twice as high as the state’s average.

On top of that, the dropout rate is nearly double the state average for cities with populations over 5,000, so Dalton seems like it’s going to continue to be dumber than its Georgian peers.

Located just northeast of Atlanta, Chamblee’s motto is “A City on the Right Track,” which is a throwback to its status as a 20th century railroad community.

The motto is a lie in terms of education though, since Chamblee has the highest rate of high school dropouts in all of Georgia, with a whopping 41.8% of students dropping out of basic education.

To be fair, 25% of people under the age of 18 live below the poverty line, so school may not be a priority, but either way, the next generation isn’t positioning itself to improve its economic situation by leaving school so young.

Get a “Georgia Flag” Car Decal 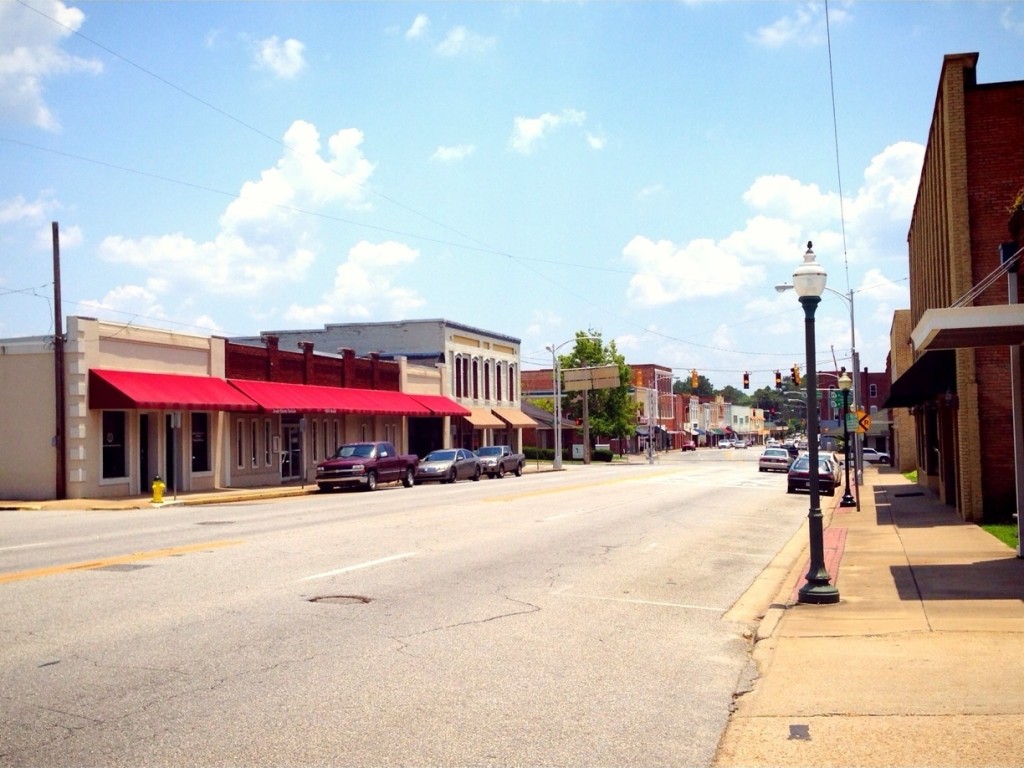 Cairo ranks as the second dumbest city in Georgia with incredibly bad scores in both categories.

31.3% of Cairo’s adult population never completed high school, which, in not-so-bright Georgia, only ranks as the 8th worst in the state for cities with populations above 5,000.

However, the real stupidity problem ailing Cairo is the super high rate of teenage high school dropouts (the second highest in the state), with 22 out of every 100 students dropping out each year.

In fairness, with a football team called “the Syrupmakers,” dropping out seems a bit more understandable. 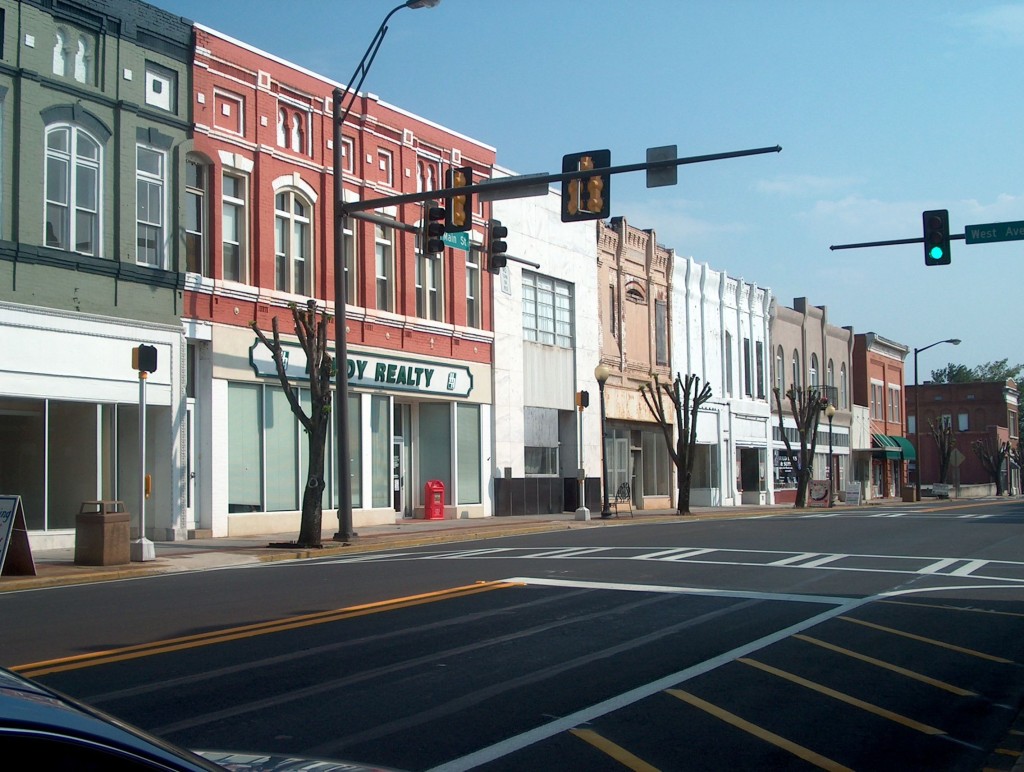 Located in northwestern Georgia, Cedartown ranks as the dumbest city in the state, with both a large undereducated adult population and a youth population that doesn’t think school is very cool either.

Cedartown has the second highest proportion of adults without high school degrees in the state, with nearly 4 in 10 residents over the age of 25 having never completed basic education.

Cedartown’s high school dropout rate of 15.2% is also more than double the state average for cities with populations greater than 5,000.

With so many uneducated adults and an incredibly high rate of teenage dropouts, Cedartown seems secure in its position as the dumbest city in Georgia.

Analysis were made by RoadSnack.net