Tour the History of Music Tech, Close By in Florence and Muscle Shoals, AL

Just a short drive from Atlanta and many points in Georgia is a beautiful spot, where many of the current and leading bands and musicians in Georgia can trace their musical roots.

It’s the Florence/Muscle Shoals area of Alabama and not only is it an easy trip, you’ll find friendly people, plenty of activities for every member of the family and enough music history to satisfy even the most demanding audiophile.

A little background. Rick Hall, a music industry legend, put Muscle Shoals on the map by opening the FAME studios in the 1960s. Some of the world’s most popular artists came to record there, including Aretha Franklin, greats like Otis Redding, Cher and the Rolling Stones. While today, many hip hop artists and rappers come to Atlanta, in the 60’s and 70’s artists went to Muscle Shoals.

They found the unique music sound and The Swampers.

FAME, which was an acronym for Florence Alabama Music Enterprise. Hall also discovered there was a lot of local talent in northern Alabama, so when someone came in to record a song, he brought in the boys — Barry Beckett (keyboard), Roger Hawkins (drums), David Hood (bass) and Jimmy Johnson (guitar) — who were officially called the Muscle Shoals Rhythm Section but unofficially the Swampers.

The two main studios to see, FAME and Muscle Shoals Sound Studio are open to visitors, and for music buffs these are bucket list visits. These buildings have been completely restored and are loaded with original instruments, artifacts and memorabilia. Even so, a bathroom has been preserved because Keith Richards sat in the quiet little space to write “Wild Horses.”

Fame Recording Studios describes itself as “the heartbeat of Muscle Shoals Sound”. Established in 1959 in Florence, Alabama, it moved to Muscle Shoals in 1961, where it stands, even after the breakaway of its famous session band, “The Swampers” and continuing to produce records that have blazed a musical trail. Visitors can tour the legendary studios every day of the week, without making a reservation. This is one of the most thorough music tours in the country. FAME is located at 603 Avalon Ave. in Muscle Shoals.

Muscle Shoals Sound Studio, call it “Abbey Road of Alabama”, is actually across the street in Sheffield, Alabama at 3614 Jackson Highway. The studio, museum and famous sign on the building were formed by FAME’s The Swampers as they left from the Muscle Shoals Rhythm Section. They eventually moved out of their original facility, and to a new spot in, Sheffield, in 1978. 3614 Jackson Highway was opened as a museum and fully functioning studio in the early 2000s.

W.C. Handy Birthplace, Library and Museum. W.C. Handy The Father of the Blues, William Christopher Handy, was born in Florence in 1873 in a simple cabin that today houses a large collection of his personal papers, memorabilia and artifacts. Born with a natural musical bent-as a boy he visualized birdcalls as notes on a scale. Handy went on to compose such well-known blues jewels as St. Louis Blues, Beale Street Blues, and Memphis Blues. Experience the blues like Handy would’ve wanted, standing next to the very piano that shook with St. Louis Blues for the first time; see his hand-written sheets of music-originals of many of his tunes.
Admission Charged
Open Tuesday-Saturday-10 AM-4 PMAddress: 620 West College Street, Florence, Alabama
Phone: 256-760-6434
https://www.visitflorenceal.com/things_to_do/w-c-handy-birthplace-museum-library/

In addition, the W.C. Handy Music Festival is an annual 10 day series of events held in northwest Alabama, which typically takes place in late July. The festival grows every year and attracts visitors from all over the world!

Alabama’s Music Hall of Fame. The Alabama Music Hall of Fame was a dream and goal of the Muscle Shoals Music Association, a Shoals area based professional organization of recording studio owners, producers, musicians, songwriters and other music professionals. In 1980, through their efforts, the State legislature, with leadership of State Senator Bobby Denton, created a state agency, the Alabama Music Hall of Fame Board, with a mandate to honor all of this state’s great music achievers, and to build a facility in which to showcase these talented individuals and their accomplishments. Recent inductees include: Chuck Leavell, The Blind Boys of Alabama, Eddie Levert and Emmylou Harris
617 Highway 72 West
Tuscumbia, AL
Open Tuesday – Saturday
Adult: $10.00
Senior (55+): $8.00
Student (13-18): $8.00
Children (6-12): $6.00
5 & Under: Free
https://www.alamhof.org/

All you need to know is that the Rolling Stones stayed here when they were recording. A comfortable property with all the amenities along with a friendly staff and an easy walk to all the shops, restaurants and sights of Downtown Florence. Start your day with Hampton’s free hot breakfast, and choose from a variety of hot and cold breakfast items including our famous waffles. If you’re in a rush, grab a healthy Hampton On the Run Breakfast Bag, available Monday to Friday. Relax by one of the inviting fireplaces in our hotel lobby or make yourself at home in a comfy guest room. Watch the 32” HDTV, catch up with work using the handy lap desk or stay connected with free internet access. Hampton offers some of the best hotel beds.

Wildwood Tavern – Hotdogs and more at this quaint little bar/restaurant in Downtown Florence. www.keepflorencefunky.com
Odette – Neighborhood restaurant in Downtown Florence with locally sourced foods. Everything is delicious. www.odettealabama.com
Rosie’s Cantina – Florence will have you thinking Mexican food if you try Rosie’s. Lots of Mexican choices. www.rosiesmexicancantina.com

Trowbridge’s – Enjoy ice cream and sandwiches offered by the third generation of Trowbridges. The desserts are delicious and the prices are a throwback to a simpler time. Trowbridge’s is the oldest business in Florence and hopefully it’s around for many more generations.

For more on the Florence and Muscle Shoals area, visit: http://www.visitflorenceal.com. 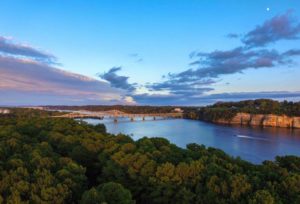 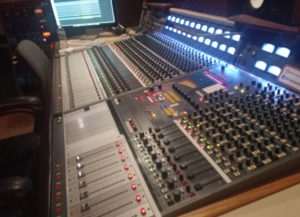 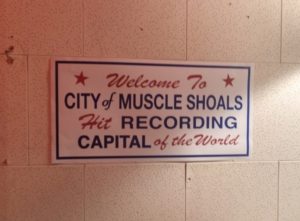 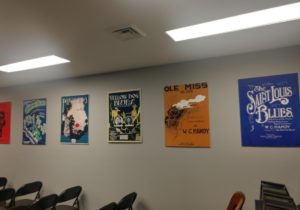 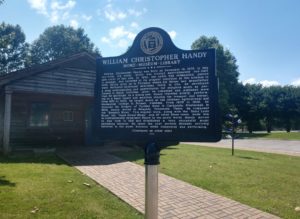 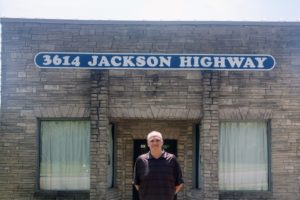 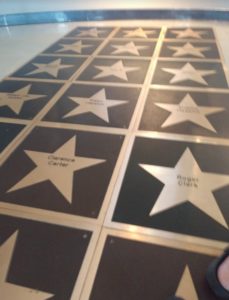 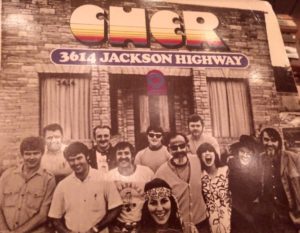 Have You Noticed? Gas Prices Up in Georgia