President Donald Trump declared Wednesday night that a major disaster exists in Georgia and ordered federal aid to supplement State and local recovery efforts from the severe storms that hit on January 2, 2017, in Dougherty County. The President’s action makes federal funding available to affected individuals in that county.

Over the weekend 11 people were killed near Valdosta, GA because of the storms and tornadoes.

Here’s what FEMA sent us:

The Federal Emergency Management Agency (FEMA) announced that federal disaster assistance has been made available to the state of Georgia to supplement state and local recovery efforts in the area affected by severe storms, tornadoes, and straight-line winds on January 2, 2017.

The President’s action makes federal funding available to affected individuals in Dougherty County. Assistance can include grants for temporary housing and home repairs, low-cost loans to cover uninsured property losses, and other programs to help individuals and business owners recover from the effects of the disaster.

Federal funding is also available to state and eligible local governments and certain private nonprofit organizations on a cost-sharing basis for emergency work and the repair or replacement of facilities damaged by severe storms, tornadoes, and straight-line winds in Baker, Calhoun, Dougherty, Early, Mitchell, Turner, and Worth counties.

Federal funding is available on a cost-sharing basis for hazard mitigation measures statewide.

Kevin L. Hannes has been named as the Federal Coordinating Officer for federal recovery operations in the affected area. Hannes said additional designations may be made at a later date if requested by the state and warranted by the results of further damage assessments. 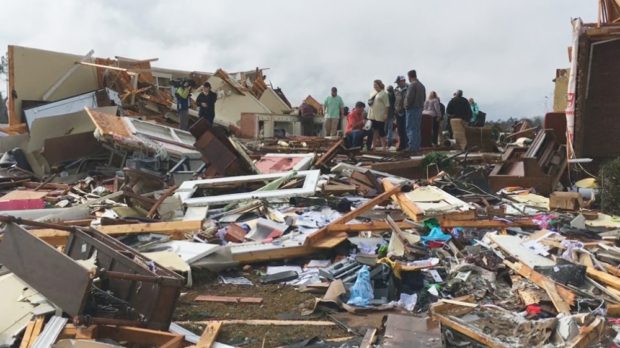 Best Audiobooks to Listen to While Sitting in Atlanta Traffic