ATLANTA — Dozens of missing children have been found in Georgia following a two-week rescue operation by the United States Marshals Service (USMS).

U.S. Marshals describe these missing children cases as some of the most ” at-risk and challenging recovery cases” in the area.

Authorities say this is because of high-risk factors such as victimization of child sex trafficking, child exploitation, sexual abuse, physical abuse, and medical or mental health conditions.

Local law enforcement agencies in Georgia also asked the Marshals Service for help checking on the welfare of kids they haven’t been able to get into contact with.

During “Operation Not Forgotten,” 26 children were rescued and authorities were able to confirm the safety of 13 other kids that had been reported missing.

“The U.S. Marshals Service is fully committed to assisting federal, state, and local agencies with locating and recovering endangered missing children, in addition to their primary fugitive apprehension mission,” said Director of the Marshals Service Donald Washington. “The message to missing children and their families is that we will never stop looking for you.” 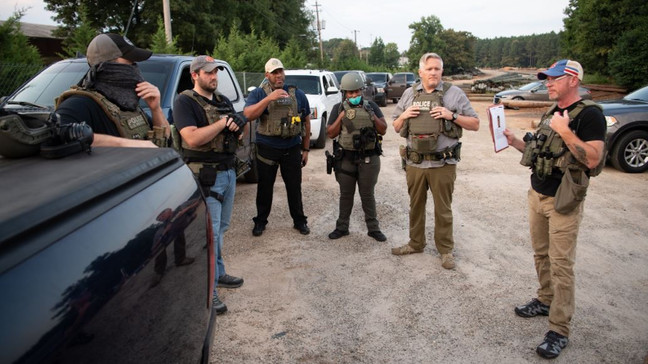 U.S. Marshals were able to track down 39 missing children during a two-week operation in Georgia. (Photo: U.S. Marshals Service)

Nine people were arrested in connection to the operation.

Investigators say those nine people had a combination of 26 warrants out for them, including 19 arrest warrants.

The Justice for Victims of Trafficking Act of 2015 made it easier for the U.S. Marshals’ authority to help federal, state, and local law enforcement with the recovery of missing, endangered or abducted children, regardless of whether a fugitive or sex offender was involved.

The Marshals established a Missing Child Unit to oversee and manage the implementation of its enhanced authority under the act.

In 2019, the USMS helped recover 295 missing children based on requests for help from law enforcement and has contributed to the recovery of a missing child in 75% percent of cases received.

Of the missing children recovered, 66% were found within seven days of the USMS assisting with the case.

The agency has recovered more than 1,800 missing children.