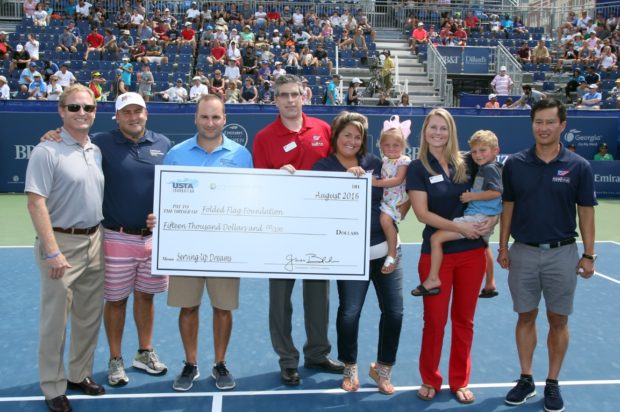 USTA Donates $15,000 to the Folded Flag Foundation at the BB&T Atlanta Open

The United States Tennis Association (USTA) made a $15,000 donation to the Folded Flag Foundation as part of Military Appreciation Day during the quarterfinals on Friday afternoon at the BB&T Atlanta Open . The Folded Flag Foundation provides educational grants and scholarships to surviving family members of military and government employees who have lost their lives in combat while serving our country.

The BB&T Atlanta Open was honored to host the event as part of the ATP World Tour 250 event that runs through Sunday at Atlantic Station. Semifinals and Finals tickets for the weekend are available at www.bbtatlantaopen.com. 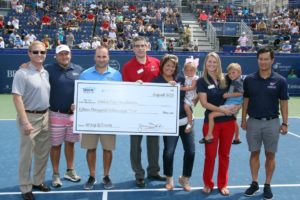