Good news for a couple local tennis players and student-athletes. USTA Foundation, the national charitable foundation of the United States Tennis Association (USTA), today announced that Jasmine Keiler of Newnan, Ga., has been named a recipient of a $2,500 Eve Kraft Education & College Scholarship and Elizabeth Lazarus of McDonough, Ga., was awarded a $10,000 College Educational Scholarship. This past spring, the USTA Foundation granted 49 high school students a variety of college scholarships, totaling $408,000.

The USTA Foundation strives to encourage students to pursue their goals and highest dreams by succeeding in school and becoming responsible citizens.

“This year’s college scholarship recipients are truly an outstanding group of gifted and talented students on and off the tennis court,” said Dan Faber, Executive Director, USTA Foundation. “They possess a quality of leadership and the willingness to succeed as a result of their commitment to the sport of tennis as well as their academic endeavors. The USTA Foundation is proud to honor them with these well-deserved scholarships that will help impact their college goals and success.”

Keiler recently graduated from East Coweta High School and will be attending Agnes Scott College in Decatur, Ga., in the fall with plans to study political science.

The Eve Kraft Education & College Scholarship is bestowed upon two high school seniors, one male and one female, who have excelled academically, meaningfully served their communities, played tennis in an organized program and who reside in an economically disadvantaged community. This scholarship is named in memory of Eve Kraft of Princeton, N.J., a tennis pioneer who introduced thousands of young people to tennis, particularly in disadvantaged areas. Kraft became the first-ever women’s varsity tennis coach at Princeton in 1971 and led the team to an undefeated record during her three-year tenure.  She later founded and became director of the USTA Center for Education and Recreational Tennis in Princeton.

Lazarus recently graduated from Dutchtown High School in Hampton, Ga., and plans to attend the University of Pennsylvania in Philadelphia this fall.

The USTA Foundation awards the College Educational Scholarship annually to high school seniors who have excelled academically, demonstrated community service and participated in an organized tennis program.  The $10,000 scholarship will be awarded over four years to students entering a two or four-year college or university. 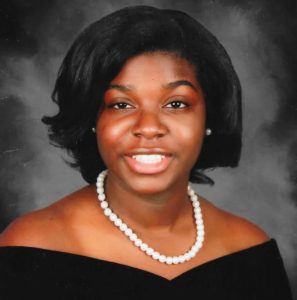 Why You’ll Fall in Love with Amélie’s

"The Stitch" a New Development Possibly Coming to Atlanta