Jesse Magana struggles to traverse the overgrown sidewalks along N.E. 112th Avenue in Vancouver on Thursday, June 20. Magana is a local advocate for accessibility, and has had a hard time over the years getting the city of Vancouver to recognize the faults in their sidewalk systems. "I would rather educate than litigate," said Magana. "It's not just my safety, but others' safety as well that I am concerned about." (Brianna Loper/The Columbian)

People who use wheelchairs say getting around Atlanta can be a challenge and sometimes dangerous.

A class action lawsuit has been filed against the city under the Americans with Disabilities Act (ADA). The suit claims the city is not maintaining sidewalks and other public rights of way. Plaintiffs say it’s not uncommon to come across sidewalks and curb ramps that are in bad shape or not there at all.

“The damage to our sidewalks makes it impossible to pass certain locations without going off the sidewalk, going in the streets,” said Laurel Lawson, one of the plaintiffs. “I have fallen, I have risked injury and I’ve come to places where I’ve been stranded and simply unable to pass.” 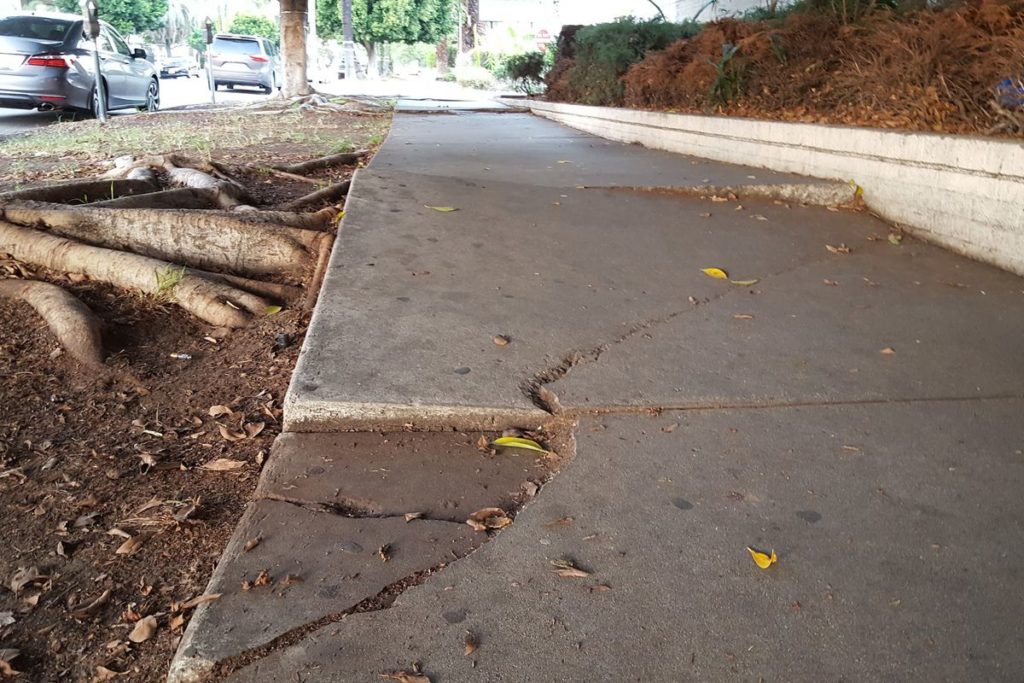 “We have discovered evidence that at least 20 percent of the sidewalks in the city of Atlanta, at least as of 2010, are not compliant with the ADA,” said Radford. “The city has done very little to bring that backlog of disrepaired sidewalks and curb ramps into compliance and they have not budged the funds necessary to ensure that in the future sidewalks and intersections will be compliant with the ADA and accessible to disabled people.”

The following is a statement from a City of Atlanta spokesperson:

“The City of Atlanta has been served with a class action lawsuit based on allegations that the City has not provided sidewalks throughout the City that are completely accessible by individuals with mobility limitations. The City is committed to making its facilities, including streets and sidewalks, fully accessible and available for use by all its citizens and visitors.

In 2009, the United States Department of Justice conducted a review of the City’s compliance with Title II of the Americans with Disabilities Act, as it relates to its facilities and programs. The City entered into an agreement with DOJ that was designed to address certain deficiencies, including sidewalk repairs. The City is not in violation of the agreement, as it is ongoing.  The City continues to address the identified needs and to cooperate with the DOJ by reporting its progress on an annual basis. This activity remains a priority for the City, as it will continue to make these improvements in the most fiscally responsible and prudent manner possible.

The City remains committed to the core value that Atlanta truly belongs to everyone and no obstacles should stand in anyone’s way in contributing to and participating fully in our community.”

Michael Vick to Play Flag Football in Atlanta with AFFL