If you’ve been wondering why you haven’t seen the cover art or tracklisting for Young Jeezy’s TM 103, there’s a good reason. The Atlanta rapper’s album has been pushed back once again.

The Snowman’s long-delayed LP TM 103: Hustlerz Ambition will no longer be dropping on September 20. The push-back is the latest in a series of delays that began in 2009. So far, the album has spawned the singles “Ballin’” featuring Lil Wayne and “Shake Life.” A new date has not been announced.

Jeezy, who just came off a nationwide tour, originally announced the September 20 date at his six-year anniversary show in New York in July. He later explained the reason behind the delay.

“I’ma keep it real. At the time, you know I had to go live life,” he previously told Hot 93.7’s Jenny Boom Boom. “I was on two big tours [with Lil Wayne and Jay-Z], so I was just doing a lot of rapper things. I get my music from the streets and livin’—and I didn’t live. I didn’t do Jeezy. I was doing Young Jeezy, the rapper, but I wasn’t doing Jeezy. So I went back home and kinda just got out and started moving around. It just all came together.”

To tide fans over, Jeezy recently released his mixtape The Real Is Back 2 featuring Birdman, Freddie Gibbs, and Yo Gotti.

Is this an official tracklisting? Where’s “Ballin”, & “Shake Life”? 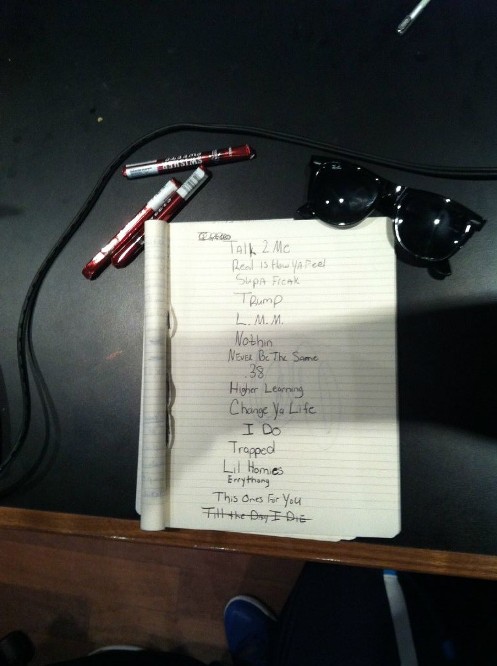