On Saturday, April 22, more than 30,000 participants, volunteers and spectators nationwide will unite to run or walk in honor of former NFL player and military veteran, Pat Tillman. Tillman, who left the NFL at the height of his athletic career to join the US Army, was killed in Afghanistan on April 22, 2004 (U.S. Army’s 75th Ranger Regiment). 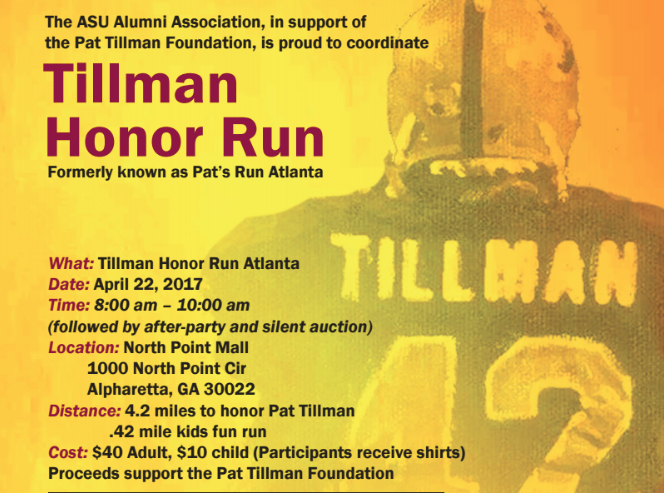 All funds from the metro Atlanta-based event Charity Run directly support The Tillman Military Scholars program, which provides scholarships to U.S. military veterans and spouses who reflect Pat’s values, strength of character and commitment to service.

To register for the Tillman Honor Run in Metro Atlanta, scheduled for April 22nd at 8AM at North Point Mall (1000 North Point Circle) in Alpharetta, GA, please visit here.