Georgia police discovered a “highly” sophisticated indoor pot operation in a Gainesville home, where a basement was converted into a greenhouse holding more than 500 marijuana plants, officials told Fox News.

“The photos really don’t do it justice,” Lt. Dan Scalia, who is in charge of the Hall County Multi-Agency Narcotics Squad, told Fox News on Thursday. “Some of the plants were taller than me.”

The home was part of a large-scale indoor marijuana growing network in northeast Georgia, officials said. Five other homes were searched, and authorities said they seized more than 300 pounds of marijuana and more than 1,500 plants totaling an estimated value of $7,168,900. 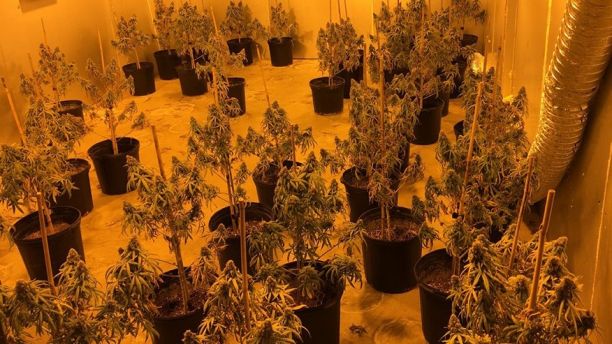 “It’s the biggest drug network that I have ever been a part of,” Scalia said.

The investigation began in early September after the narcotics squad received a tip about a possible grow house in the area. A three-week investigation led them to uncover a major network of interconnected homes, Scalia said.

Nine people have been arrested in connection with the operation. 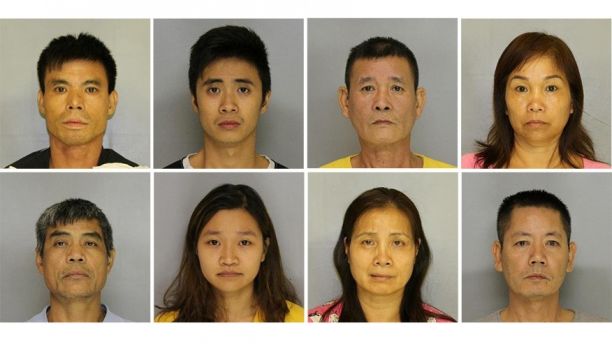 All nine suspects were charged with manufacturing, trafficking and possession of marijuana with intent to distribute.

Additional arrest warrants were issued for Vinh To, 63; Sen Thi Do, 46; and Dung Nguyen, 47, all of Flowery Branch.

Scalia said the suspects were very stealthy in how they ran the operation – keeping a low profile, being considered good neighbors and maintaining the homes. He said basements were modified with special heat lamps and a custom ventilation system.

“Nothing [suspect] was visible on the outside of the homes,” he added. “The basements were modified to handle the capacity.”

Scalia said the narcotics squad is working to determine how long the network has been operational and where the drugs were being distributed to.

Atlanta is Center of FinTech Universe