Featuring state-of-the-art equipment and advanced cyber technology, this is the most robust asset in the ANG’s 2019 Live Events Recruitment Tour.

The 24-foot drop trailer houses a series of virtual experiences that give attendees a glimpse into the life of an ANG Airman including dynamic flight simulators, virtual uniform challenges and circadian cyber games. With sights on the brightest minds across the nation, the ANG has committed its recruitment efforts to continually diversify the workplace and identify qualified leads who are ready to take their career to new heights.

The ANG has the dual mission of protecting and defending U.S. interests, both at home and abroad, with deployable combat-ready personnel in worldwide conflict zones. At the same time, ANG’s service members perform humanitarian and search and rescue duties during natural disasters, such as hurricanes, flooding, and wildfires. When called, the ANG travels anywhere in the world to selflessly defend freedom wherever the conflict may be: on land, in the air or cyberspace.

Offering over 200 job and career opportunities with a wide array of educational training, the Air Guard has a path that’s right for everyone. ANG Airmen serve their country close to home, near friends, family and neighbors while earning fulltime military benefits.

With responsibility for air defense of the entire United States, the ANG is a true defender of freedom. That air-based protection serves as a shield of our American values and way of life, providing a sense of security to withstand, repel and win against any state or non-state adversary threatening the homeland.

This ANG Mobile Experience will travel across the country in support of partnerships with groups such as Spartan and Motocross races and will be present at events such as conventions, sporting events, air shows, trade shows, festivals, shopping centers/malls and State Fairs.
Find out more about the Air National Guard Live Events Tour at www.GoANG.com

The Air National Guard was officially established as a reserve component of the United States Air Force in 1947 and has since served a dual mission: to protect and defend U.S. homeland interests, both at home and abroad. 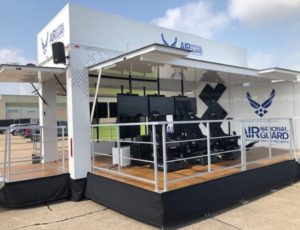 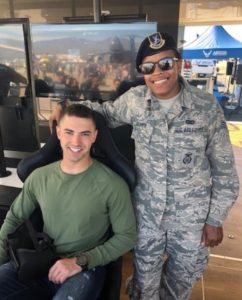 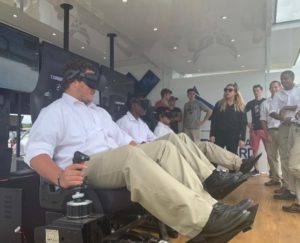