The inaugural Atlanta Air Show, scheduled for October 14-15 at Atlanta Motor Speedway, will feature a wide variety of military and civilian performers. It will be the first air show in history to be held at a motor speedway.

“This is a first in the air show industry and in the racing industry,” said Bryan Lilley, President of B. Lilley Productions, which also organizes air shows in New York, Ocean City, Md., Melbourne, Fla. and Fort Lauderdale. “We have finally found a ‘stadium’ large enough to host an air show and look forward to working with the incredible team of professionals at Atlanta Motor Speedway to bring this new event to fruition.”

From high energy military fighter jets like the U.S. Air Force F-16 Viper demo to warbirds like the P-51 Mustang, a multi-aircraft Cobra attack helicopter demo and even an attempt to land an airplane on top of an RV traveling down pit road, there will be a wide variety of performers flying at the show.

The U.S. Navy F/A-18F Super Hornet, a big crowd favorite, will kick off the show and then come back for an encore performance at the conclusion of the event each day.

Piloting the F-16 Viper Demo will be Major John “Rain” Waters, a Peachtree City, Georgia native. The event has a significant local flavor with several military pilots hailing from Georgia. Two civilian performers are even based locally at Henry County Airport.

“We’ve got an all-star lineup for our inaugural year,” said Lilley. “There has been significant interest by some of the nation’s best civilian performers and from the military in being part of this historic event, which is the first air show in history to be held inside an aerial stadium. For anyone who has been to an air show in the past, this will be an experience unlike any other.”

Fans will also be able to take the ride of a lifetime during the show weekend courtesy of the Army Aviation Heritage Foundation, which is based at Henry County Airport next door to the speedway. The Foundation is offering rides in either a Cobra helicopter or Huey helicopter for $85. Please check the show website (www.AirShowAtlanta.com) for sign up details.

The Atlanta Air Show will be showcasing the U.S. Air Force Reserve Command, which is headquartered at Warner Robins Air Force Base just south of the speedway. On Sunday as part of that, the pre-event program will include a ceremony to recognize local reservists from the 94th Airlift Wing based at Dobbins Air Reserve Base in Marietta who just returned from an overseas deployment.

Sponsorship opportunities and corporate hospitality suites are still available for the Atlanta Air Show. Purchase Flight Line Skybox, Preferred Seating and Grandstand Seating tickets now and save over 20 percent off the day-of-event price.

More information is available online at www.AirShowAtlanta.com and fans can also follow the event on the show’s Facebook page to stay updated on performer announcements and the latest info. 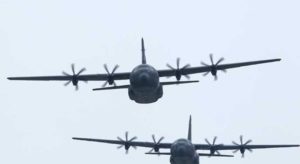 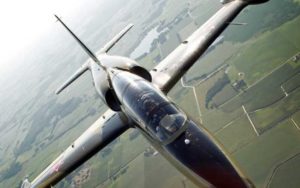 Live! at The Battery Prepares for Off-Season Events