Five brand new homes in the Vine City neighborhood have just been purchased by Atlanta police officers in an attempt to fix a growing problem that has been plaguing the country.

The increasing divide between police officers and the communities they serve has been a hot topic for communities all across the country—especially for low-income communities and people of color.

The conversation has largely been a healthy one for those who are truly trying to find the solution to mending these trust issues in the midst of what seems to be constant breaking headlines of police killing unarmed black citizens.

Countless police departments in the US have promised to come up with ideas and programs that can truly get officers and their communities back on the same page but the truth is that few have delivered.

Several departments have refused to implement body cameras while others won’t allow that footage to be released to the public.

Increased policing in neighborhoods struggling with crime are rarely accompanied by programs to help revitalize the community and get young criminals off the streets and focused on a brighter future.

Officers responsible for fatal shootings have still managed to avoid indictments and the friction seems to just remain the same despite flowery speeches from city officials.

Well, Atlanta could possibly be stepping forward as a role model as the Atlanta Police Foundation is showing the country what it really looks like to have officers that care and a program that could make a difference.

This is not to suggest that even Atlanta hasn’t had horror stories regarding fatal encounters between police and citizens but a new project shows that they are actually trying to go deeper than body cameras to fix this problem.

The new program offers incentives to police officers to have them move into blighted areas and become a part of the very same communities that could benefit from forming a better relationship with law enforcements.

“The Atlanta Police Foundation built the new homes on James P. Brawley Drive in Atlanta’s Vine City neighborhood in partnership with local builder PulteGroup and community organizations such as the Arthur M. Blank Family Foundation,” CBS46 reported. “They plan to build as many as 20 more over the next few years, scattered throughout Atlanta’s westside communities.”

The hope is that this program will help police officers better understand the community they are to serve and protect and the citizens can finally feel as if they can have faith the officers will do just that.

Officers will receive a monthly $500 stipend for participating in the program and they will also be required to serve as community ambassadors and remain engaged in efforts throughout the neighborhood.

In other words, whether they are on the clock or off, they will always be searching for a way to help revitalize this neighborhood. 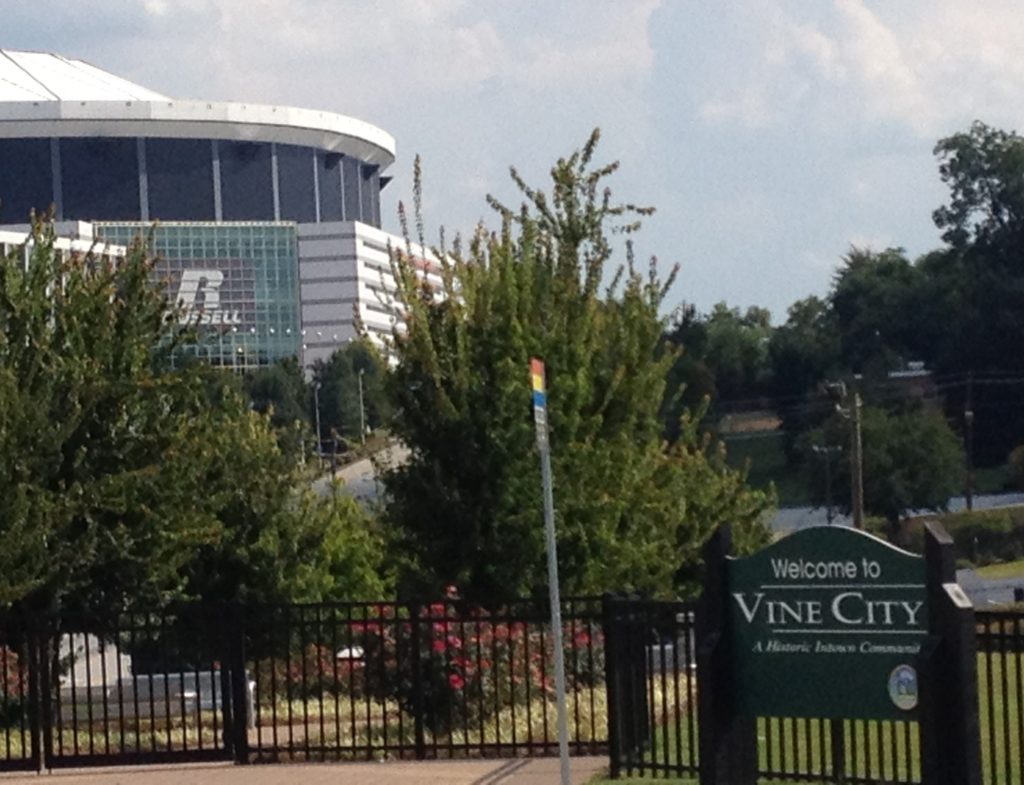 “I think there will be a lot of challenges that will start in the beginning,” Officer Jason Bain, a 9-year veteran told CBS46. “But the more they see us out here, the more they will see that we’re not going to go for foolishness. We’re going to make sure the riff-raff is not around us. I think it’s going to change.”

Fortunately, Bain is one of the officers that understands that getting rid of the riff-raff is not just about making more arrests. It’s about providing better alternatives.

CBS46 reported that Bain wants to plan community basketball games for the youth in the neighborhood and find different wants to really get to know the residents on a personal level.

It’s a program that certainly comes with risks and extraordinary challenges but if it is carried out correctly, it could truly serve as a blueprint that can be duplicated all across Georgia.