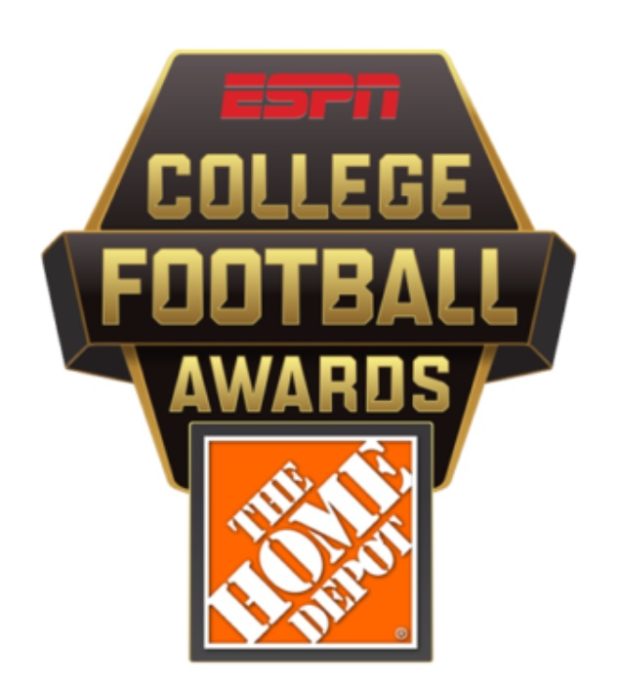 A great night for everything college college football on Thursday night at the College Football Hall of Fame.

LSU quarterback, Joe Burrow, was honored Thursday at the 2019 Home Depot College Football Awards with the Maxwell and Davey O’Brien awards, given to the best overall player and best quarterback in college football, respectively.

Twice, he beat out a pair of fellow Heisman finalists to win. Oklahoma quarterback Jalen Hurts was a finalist for the Maxwell and O’Brien, while Ohio State defensive end Chase Young (Maxwell) and Buckeyes quarterback Justin Fields (O’Brien) were finalists for the respective honors.

Other individual awards whose winners were announced Thursday night during the show:

Chuck Bednarik Award: Ohio State’s Young was named the best defensive player in college football. The Heisman finalist leads the nation with 16.5 sacks and was honored ahead of Clemson linebacker Isaiah Simmons and Auburn’s Brown.

Lou Groza Award: Georgia’s Rodrigo Blankenship won the award after he connected on 25 of 31 field goal attempts, including 11 from 40-plus yards. Iowa’s Keith Duncan and Washington State’s Blake Mazza were the other finalists. 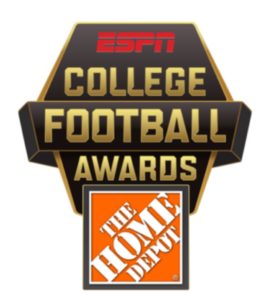 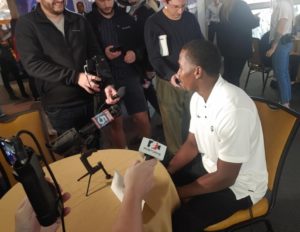 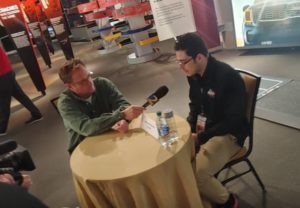 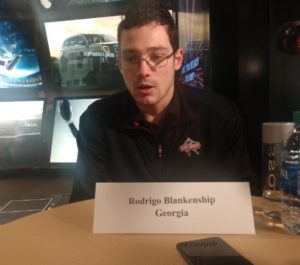 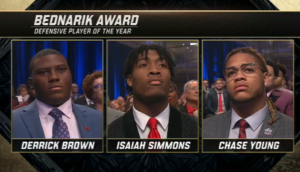