‘Beyond the Lies’ is More than Just Protecting our Animals

Compassion Over Killing (COK) proudly announces that the Beyond The Lies tour outreach is being brought on the final cross-country Van Warped Tour. This summer 36 cities, including Atlanta, nationwide will have thousands of people nationwide watching and learning the shocking truth of “life” for farmed animals.

Beyond The Lies brings the truth about how animals are raised and killed on farms across the U.S. to college students and festival goers through a powerful pay-per-view outreach and virtual reality (VR). The COK staff will be on the road throughout the summer, reaching massive crowds attending the Warped Tour and at festivals and colleges across the state of California, sharing the stories of farmed animals through compelling footage.

“Traveling the country, our Beyond The Lies crews will be saving the lives of animals one conversation at a time, talking with thousands from all walks of life about the cruelty of animal agribusiness and offering empowering resources to help them choose kinder, healthier vegan eating,” said Radish XVX, Compassion Over Killing’s Beyond The Lies Program Manager.

The new Beyond The Lies video includes hard-hitting clips from undercover investigations by COK and other organizations, revealing the widespread and systematic cruelty of the meat, dairy, egg and fishing industries. It is narrated by Chrystal Ferber (Former COK investigator) and features vegan athletes Rich Roll (Triathlete) and Steph Davis (American Rock Climber).

COK’s team will pay viewers $1 to watch the video, which also includes inspiring footage of rescued farm animals living at sanctuaries. It offers the chance to see how the unique personalities of these animals shine through when they’re allowed the freedom to live and be themselves. After people watch the film, they can take action and feel empowered to choose compassionate vegan eating.

“Food is a huge part of our lives, so changing your diet isn’t always easy,” states Radish. “Luckily, there are lots of helpful vegan guides, like our own Vegan Starter Guide that you can download at TryVeg.com. TryVeg is also full of easy and delicious vegan recipes. Don’t worry about missing your old non-vegan favorites – there’s a vegan version, we promise!”

The Vans Warped Tour will be making it’s stop in Atlanta at the Cellairis Amphitheatre at Lakewood on Tuesday July 31st. Following the summer program Beyond The Lies tours will resume in the fall, with dates and cities to be announced.

Beyond The Lies is a program under Compassion Over Killing (COK), a national animal protection organization. Our tour exposes animal cruelty on farms, but we’re not going to leave you to figure the rest out on your own! COK has all kinds of resources including Vegan Starter Guide, vegan recipes, corporate news, campaign updates and ways to get involved. You can join the e-newsletter for updates like new vegan products and action alerts in your area. For more information visit their website at www.beyondthelies.org or follow them on social media platforms such as Facebook, Instagram or Twitter.

If you want to learn more about the organization, here’s an interview that touches on even more.

Photos by: Beyond the Lies 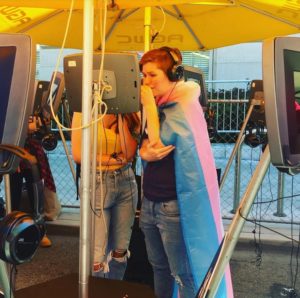 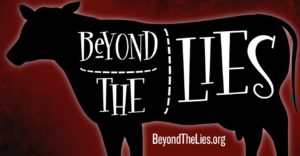 Carmelo Anthony Made $5.1M Per Day as an Atlanta Hawk.