With today being Juneteenth, (June 19th) the day the Civil War ended in North America, and the Emancipation Proclamation took effect, permitting enslaved Africans in America to be set free, I decided to reflect on my thoughts on the progress of both Africans in America and the guilty culprit, America, have made since this day and share them with you all.

I was checking the weather on my lunch break at work one day and I was puzzled by what I saw on the screen of my Samsung Galaxy S5. I have the Acu-weather application and it tells me the details about the weather according to where I am located. My job is in McDonough, GA. It is a city inside of Henry County, which is about 30 miles southeast of Atlanta. When I glanced at my phone for the weather I thought I needed to refresh my location settings because the app wasn’t displaying McDonough, Georgia for my current city. It was showing me a place somewhere called Blacksville, Georgia. I know. That’s what I said. Blacksville? What is Blacksville, I asked myself? I asked my co-worker the same question, who had lived in this area for far longer than I had, but she had never heard of it. I tried to refresh my location again but I still got the same thing. Irritated at my confusion I made it a point to investigate what had been exposed to me, and guess what I found. That’s right, you presumed correctly. As I intensely gazed at the words on my computer screen I was appalled. Blacksville, Georgia is an unincorporated community termed by the demographics of McDonough, Georgia in Henry County. McDonough is where the whites lived and Blacksville is where the blacks lived in the era of segregation. In the year 2000 the population of this area was 4 people according to the census. It absolutely embodies the coined phrase; “ the other side of the tracks”, or “the wrong side of the tracks”. But my question is how was this label on a population acceptable based on a mere four people. So you mean to tell me that naming a family’s house “Blacksville” is going to pass as a city in the United States of America’s census in the year 2000?! In the year 2010 it was claimed as a census-designated place. It troubles me that in this present time, right now in America, we still have issues like this that go over-looked, unaddressed and uncorrected! 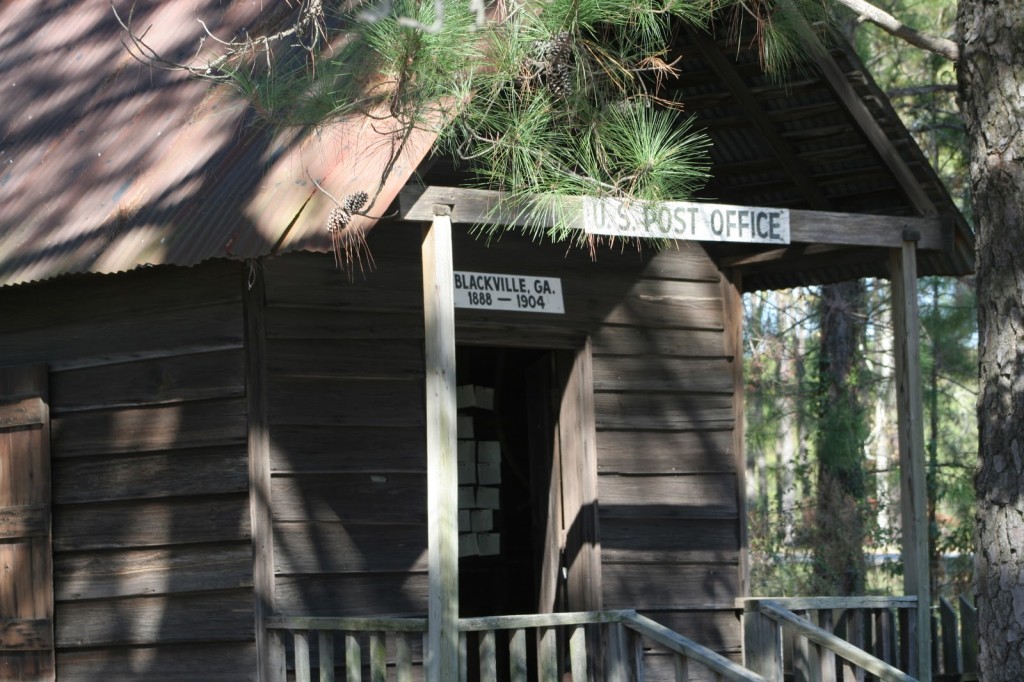 So I ask you, how far has America really come? The disrespect of allowing a name like that to exist in a community today, and the guileful nature to let it slither under everyone’s nose is inexcusable. Then again, you have to think about how we live in a society where there are still teams named the “Redskins” and the “Indians“ and the nerve for them to be Mascots! It is an abomination, no matter the intention was, to name an American Sports team after an entire race. This is the same race that this country tried to exterminate all the way to their genocide. Naming a team after the Black culture is about the only thing that hasn’t been attempted to ignominy our race but I wouldn’t be surprised if it was presented as an idea in the near future. I mean it’s only been 400 years. Give it time.

So today June 19th 2014 marks 149 years since the civil war ended and enslaved Africans in the United States of America were set free. The Emancipation Proclamation was made official in 1863 January 1st. It may be argued that Abe Lincoln issued the proclamation to enhance the Union’s efforts in winning the war by motivating the enslaved Africans to join the their forces to fight for freedom. A genius plan some would consider. Conversely, it just substantiates that America has never valued Africans’ lives as equal human beings. African’s are barely valued when it is beneficial to Americans’ advancement. The manipulation, abuse and exploitation of our race have been boundless. This country was built with the hands and backs of my people but it seems that we still cannot attain impartiality. It seems that the people who should protect us still hate us. Cases of injustice still ensue and nothing seems to change. They want to rave about “look how far you have come” well I’m sick of it! Look how far we have come? Come from what? A hell that they are responsible for creating? They say look how far you have come. Be satisfied, be contempt with the progression made, it’s a long journey, it’s still a process and we’re still progressing. No! I refuse to settle. They kill Martin and Malcolm, and hand us Obama, as their puppet and say, “look how far you have come.” They murder Huey and Fred and give us a whisper of a voice in Al Sharpton. They hush Pac and Nas but say look at Diddy and Jay and say y’all are doing good. They use the punishment of our bodies in sports and steal our culture of art science, music and everything else for entertainment and give us a fraction of the retributions. Well I just can’t sit and eat the chitterlings gratefully because I’m starving. I’m going to make a ruckus until my steak arrives or I’ll go out and catch my own fresh fish. It’s time to sincerely wake up and then start waking our brothers and sisters up and force them to wake their brothers and sisters up until everybody’s eyes are peeled wide open and we all are conscious to what is and has been transpiring. We cannot get to the root of the cancer if we are still killing ourselves and allowing the justice system to be controlled by money. We will continue to defeat ourselves if we constantly worry about how to get richer while we are already comfortable. We should instead reach our hand down to help the next brother or sister up so we can grow together. It is time to break down the system and claim authority. Our ancestors didn’t go through slavery, escape, struggle, die, and live on for us to forget what they fought for and proceed like everything is okay. Especially not if there wasn’t even an apology. America hasn’t even reconciled with the blood on their hands. Instead they want to just ease on by like it never happened and say, “get over it” or “forget it about it”. They say we have come a long way. Well I say the fight is not over. We need to get this message to the children of this and the next generation, and ultimately OUR generation. It’s our responsibility first. We cannot expect the kids to do something if we don’t. We learned that from the generation that raised us.

I feel like we’ve been so consumed in getting ahead for ourselves that we neglected the spirit of the fight in working together and sacrificing for the exponential advancement of our people as a whole. I guess that’s the nature of the human being, greed and selfishness. However, like some other traits, I believe our suppressors passed on that attribute to us. We can sever the cycle though, speak out and petition against things that are not right, Like Blacksville, Georgia and the fact that chocolate cake is devil’s food etc. We can look out for one another and invest in and support black business and education. I know as a collective group we can indeed go further and WE can determine when we have made progress. I challenge you to change one thing in your community that you are aware of that you don’t feel is right by the next Juneteenth. I am going to work on getting the “census-designated” term expunged in Henry County along with other filthy secrets I dig up in my community. Until next time family, Stay Blessed and Stay Woke.

How Much Time Do Georgians Use Doing Daily Activities