Chupacabra Spotted in Buckhead? Or a coyote with mange?

Atlanta, Georgia – A recent video taken by Parker Lipman in Buckhead has people across Georgia wondering, “What in the world is that?”

Lipman says he was on the way home in Buckhead when spotted the strange-looking creature.

He immediately sent the video to GAFollowers to post and now the video has more than 20,000 views.

Many people commenting on GAFollowers Instagram speculated the hairless, dog-like animal could be the mythical Chupacabra, a hairless beast most commonly associated with the Caribbean, Mexico and Central America.

Chupacabra in Spanish means “goat sucker,” in reference to the first reported sightings of the creature following the vampire-esque slaughter of numerous goats in Puerto Rico in 1995.

There has never been a confirmed sighting of a Chupacabra.

Others speculated that it isn’t a Chupacabra and it could be a coyote suffering from a severe case of mange.

What do you think? 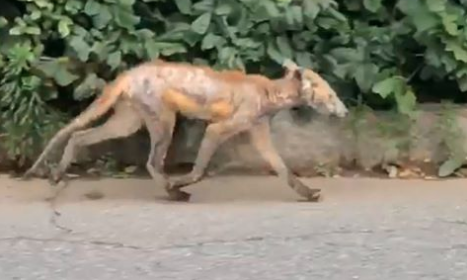 Watch the video on our Instagram.com/GAFollowersofficial

Spin Launches their E-Scooters in Atlanta