Justice has been served. Back in March of last year, DeKalb County Police Officer, Robert Olsen, shot and killed 27 year old Afghanistan war veteran Anthony Hill outside of his Chamblee residence. Tonight (Thursday) DeKalb attorney Robert James told reporters that an arrest warrant for Olsen has been issued and he will be arrested soon.

Olsen has been charged with 2 counts of felony murder, aggravated assault, 2 counts of violating his ‘Oath-of-Office’ and one count of ‘making a false statement’.

AJC reports, that Olsen is the FIRST officer in Georgia within 5 years to face prosecution in the shooting of a civilian.

Back in March of 2015, Officer Olsen responded to a 911 call of a naked man wandering around the Heights of Chamblee apartments. According to reports, when Officers arrived at the scene, maintenance worker Pedro Castillo saw Hill naked, on his hands and knees, in the parking lot. Mr. Castillo said he saw Olsen shoot Hill after he stood up and moved toward Olsen with his hands raised. 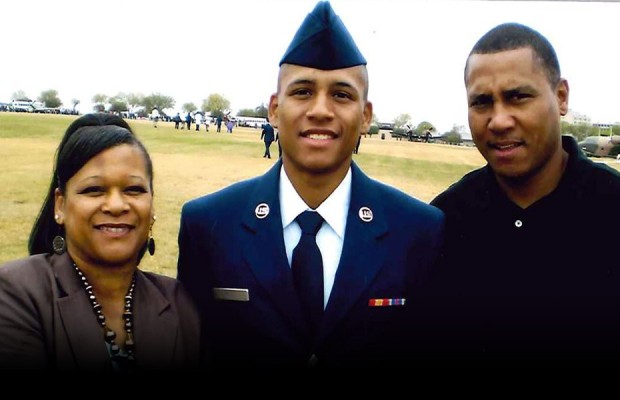 Dr. Cedric Alexander with DeKalb County Police described in March press conference, “The caller reported a male acting deranged, knocking on doors and crawling around on the ground naked.” Alexander said that when Hill saw the officer, he charged toward the him. “The officer called to him to stop, while stepping backward. He then drew his weapon and fired two shots,” Alexander said.

Police said no weapon was found at the scene, and it appears Hill was unarmed.

Friends of Hill told the AJC his behavior was sparked by a reaction to medication he was taking for bipolar disorder. Hill’s girlfriend, Bridget Anderson told reporters that he was suffering from Post Traumatic Stress Disorder (PTSD) and bipolar disorder.

Chick-Fil-A is America's Favorite Chain For 2016