With the help of First Alert, Lowe’s and local fire departments, October being Fire Prevention Month has started with a premium being placed on education.

In honor of Fire Prevention Month in October and to bring fire safety top of mind, First Alert is teaming up with more than 1,700 Lowe’s stores across the country in a joint effort to spread awareness about the importance of whole home protection. As part of this initiative, Georgia residents are invited to participate in a special safety education event with their local fire department on Saturday, October 12, at various Lowe’s locations throughout the state. The focus of the event will be to educate attendees about how to protect their families and homes from the threats of fire and carbon monoxide (CO).

Each year, nearly 3,000 Americans die from home fires, while CO poisoning claims approximately 450 lives, according to the National Fire Protection Association (NFPA). The NFPA also reports that almost three of every five home fire deaths resulted from fires in homes with no smoke alarms (40%) or no working smoke alarms (17%). Many of these tragedies could be prevented with the proper placement, number and maintenance of working alarms.

“In order to help decrease home fire and CO poisoning incidents, people must be equipped with the necessary tools and knowledge,” said Tarsila Wey, director of marketing for First Alert, the most trusted name in home safety.* “Protecting homes and families is our number one priority, and by partnering with Lowe’s and local fire departments, we hope to help ensure the long-term safety of communities nationwide.”

Store associates and fire officials will host fun, family-focused activities to teach families about equipping their homes with smoke and CO alarms, as well as planning and practicing a fire escape plan. Children will have the opportunity to build a wooden fire truck in a one-time kids’ workshop and will receive firefighter hats, coloring books and educational materials, while supplies last. In addition, smoke and CO alarms will be on display, including First Alert’s 10-year sealed battery alarms that provide reliable protection for a decade without the hassle of battery replacements. This event will take place on October 12 at the following Lowe’s locations from 10:00 a.m. to noon:

To ensure your family and home are best protected from fire, follow the guidelines set by the NFPA and U.S. Fire Administration (USFA), which recommend that homes have smoke alarms installed inside every bedroom, outside each sleeping area and on every level of the home, including the basement, and one CO alarm on each level and in or near each sleeping area. To put this into perspective, the average-sized home in America – a two-story, three-bedroom house – needs a minimum of five smoke alarms and four CO alarms.

In many parts of the country, smoke and CO alarms are required by law. Local fire departments and building departments can provide relevant information, and additional information may be found at https://www.firstalert.com/community/legislation/.

“Together, with Lowe’s and local fire departments, we can spread awareness about fire and CO safety nationwide and the importance of installing reliable protection that you can trust for your home,” added Wey. 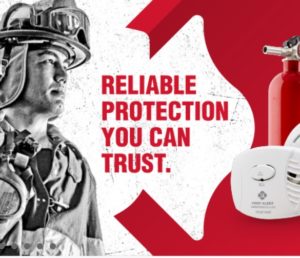 2020 Final Four Coming to Atlanta 'Read All About It'