A Fort Valley State University student and his parents were found dead in a wooded area this week, and a suspect is in custody in connection with the death of Russell Jones and his mother and father, Edna and Roosevelt. 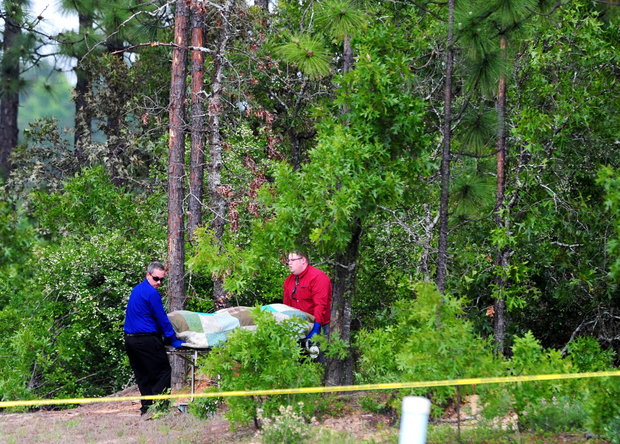 he bodies were located near a wooded area on Matthew Court in a newly developed part of the Walton Hills subdivision off Willis Foreman Road. Sgt. Calvin Chew said the bodies were found close to each other.

Chew said police wanted to avoid describing the crime scene in any way that might hamper the investigation or prosecution of those responsible. He said it was the first such triple homicide he’d seen in Richmond County.

Authorities have requested the state Fire Marshal’s Office assist with the investigation, said Glenn Allen, a spokesman for Georgia Insurance and Fire Commissioner Ralph Hudgens. Allen said a state fire investigator was being dispatched to Augusta.

“We are working with local authorities to do whatever we can do,” he said.

Neighbors said they had not seen the owners of the Pinnacle Place Drive home, Edna and Roosevelt Jones, nor had they seen their sons, all day Tuesday.

Cynthia Daly, who lives nearby on Pinnacle Way, said the husband and wife who lived there were retired Richmond County educators. Neighbors said Roosevelt Jones had once taught at Paine College before joining the faculty at Tutt Middle School. Edna Jones had retired from teaching at Jamestown Elementary School, where Daly has worked as a teaching assistant for 20 years.

“She was working at Jamestown when I started there,” said Daly, who was standing in a neighbor’s yard wondering what might have happened to her friend.

“We asked the police if they thought she was OK, and they said ‘No,’ ” said Marsha Vaughn, who lives next door to Daly.

Later that evening, investigators had three vehicles that were parked at the residence towed to the sheriff’s office on Walton Way.

Terrence Everett, 21, one of the many neighbors who came by the Jones home Tuesday evening, said he was worried about his friend, Russell, the younger of the Joneses’ two sons.

Everett said he and Russell Jones knew each other from Hephzibah High School, and that Russell was a sophomore at Fort Valley State University.

“I’m just preparing myself for the worst,” he said.