Immigration in the Red, White, and… Orange?

Open up Facebook, Twitter, CNN, BBC, AJC, Snapchat, etc. There’s a common theme. Practically every media outlet is headlining Americans protesting the immigration policy ordered by Trump.  On that note, I’m sure we all love seeing those Facebook posts from our old high school friends and semi-acquaintance-esque coworkers who are calling everyone liberal cry babies, so let’s dig into the numbers and trump what we all know is a racist immigration policy, because that’s why people are protesting.


How Many Americans Have Been Killed By Terrorists (on U.S. Soil) Since 9/11?

On a lighter note, if you haven’t caught on yet, here’s the summary:

Trump’s immigration ban is unjustified and breaches everything it means to be an American today, even according to the Bible – for real. Of the roughly 750,000 refugees, less than 380 have been accused/convicted of terrorism (.0005%), and only 123 Americans have died due to such causes (i.e. basically zero chance of it ever happening to you).  Our government has continually pressed the notion that we are at risk, but we simply aren’t, domestically.  If anything, decisions like this have perpetuated the risk we do subject ourselves to by providing quality propaganda to extremist organizations that prey on the insecurities and hatred that the western world holds toward the Arab world, as so excellently outlined by John McCain.

Most recently, McCain suggested that “…such a hasty process risks harmful results. We should not stop green-card holders from returning to the country they call home. We should not stop those who have served as interpreters for our military and diplomats from seeking refuge in the country they risked their lives to help. And we should not turn our backs on those refugees who have been shown through extensive vetting to pose no demonstrable threat to our nation, and who have suffered unspeakable horrors, most of them women and children… This executive order sends a signal, intended or not, that America does not want Muslims coming into our country. That is why we fear this executive order may do more to help terrorist recruitment than improve our security.” So, for the second time in my life, I can say, go get em’ McCain! That’s what all Americans can stand by.

Thus, Americans need to continue to stand up to these oppressive and simply unacceptable orders, most recently backed by the success seen by Federal Judge Ann M. Donnelly, who overturned Trump’s executive order and permitted the stay of refugees across the United States that were detained at airports.  This is no means to an end (as these individuals will still have to undergo vetting and extensive legal council), but will undisputedly become ground zero in America’s #resistance.  We can do nothing more than support, voice our opinions, and continue to assist in whatever way we can.  That is all I ask of you (the reader), as I am taking on my first version of real protest by reaching out to all of you.

As you may have heard Trump or any members of his council/backing say, ’Obama did the same thing in 2011 when he stopped admitting Iraqi refugees for 6 months.’  This is related to the incident in Bowling Green, Kentucky, and is completely based on misinformation.  That’s why GAFollowers is here to clear it up.

The quote used by the Trump administration is as follows:

“As a result of the Kentucky case, the State Department stopped processing Iraq refugees for six months in 2011, federal officials told ABC News – even for many who had heroically helped U.S. forces as interpreters and intelligence assets. One Iraqi who had aided American troops was assassinated before his refugee application could be processed, because of the immigration delays, two U.S. officials said. In 2011, fewer than 10,000 Iraqis were resettled as refugees in the U.S., half the number from the year before, State Department statistics show.”

First, I implore you to read the full article.  Second, read the quote again… fewer than 10,000 Iraqis were resettled as refugees. 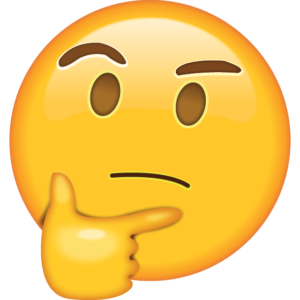 While Trump’s post on Twitter may prompt the counterargument that Obama did the ‘same thing,’ amidst a plethora of trackable quotes (in that article) from high-ranking officials in the DHS and FBI, there was no quote associated with the verbiage suggesting that Obama’s admin. ‘stopped processing applications.’  In actuality, it was the author who stated that ‘Federal officials’ told this to ABC News, which is about as valid as a Tea Party member quoting David Wolfe to back up their foreign affairs opinion, especially considering I could not find similar reports from any other mainstream media outlet.  If we’re talking about unconstitutional actions or similarities between the two administrations, that isn’t going to cut it on the basis of justifying Trump’s actions (i.e. a 2013 ABC news article that seems to be the only one anyone can find with the subject matter Trump needed to arm his statement).

In further support of that argument and from the same ABC report, “the discovery in 2009 of two al Qaeda-Iraq terrorists living as refugees in Bowling Green, Kentucky — who later admitted in court that they’d attacked U.S. soldiers in Iraq — prompted the bureau to assign hundreds of specialists to an around-the-clock effort aimed at checking its archive of 100,000 improvised explosive devices collected in the war zones, known as IEDs, for other suspected terrorists’ fingerprints.”

It sounds a lot more like Federal officials might have become severely delayed/overwhelmed due to a legitimate concern that other terrorist cells may have entered during the same time frame and needed to be revetted. 6-month delay or not, I can get behind that if that was the case.

In other words, Obama’s administration assigned hundreds of officials to cross-check fingerprints on collected explosive devices against the records of potentially tens of thousands/hundreds of thousands of refugees/immigrants in the US, which by every means is a complex and time-consuming task.  This would in every way shape and form take precedent over accepting new refugees, regardless of the fact that it didn’t entirely (clearly, according to the ABC News reference Trump used).  Obama’s administration still accepted refugees, revetted the entire database against fingerprints on IED’s, and deployed significantly more strict vetting processes as a result. 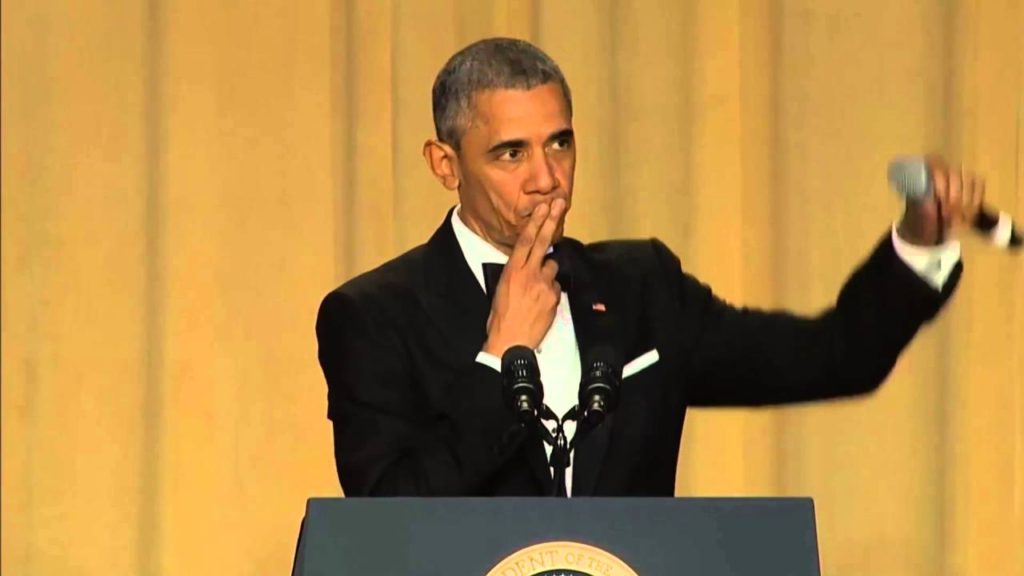 So, wrong again, Twitter/Hannity/O’Reilly/Breitbart/Trump/Fox News/The Hill/Info Wars/The Daily Caller. If you so much as strayed away from fear mongering you’d realize that you’ve all sourced the same quote from 2013 (which doesn’t actually support your argument if you read into it) and have (not surprisingly) resorted to sensationalism to push your point of view… again.

There is zero justification I can appreciate to stand behind Trump’s decision on immigration policy, and Republican leaders are starting to stand up against it, starting with John McCain and Lindsay Graham.  It is only a matter of time before Americans start to figure out how they can personally make a difference, and what better time than now?

The United States is not a country that will accept this kind of unwarranted, racist intolerance.  Too many people are geared up, ready to protest, and are more equipped than ever to make a tangible change.  It takes time for the masses to organize but based on what we’ve seen so far, people are speaking out and protesting at a rapid pace.  I can only hope that we continue to find an overwhelmingly peaceful way to protest, acknowledge, and push change.

So, with all of this said… you do the math.  The next move is yours. 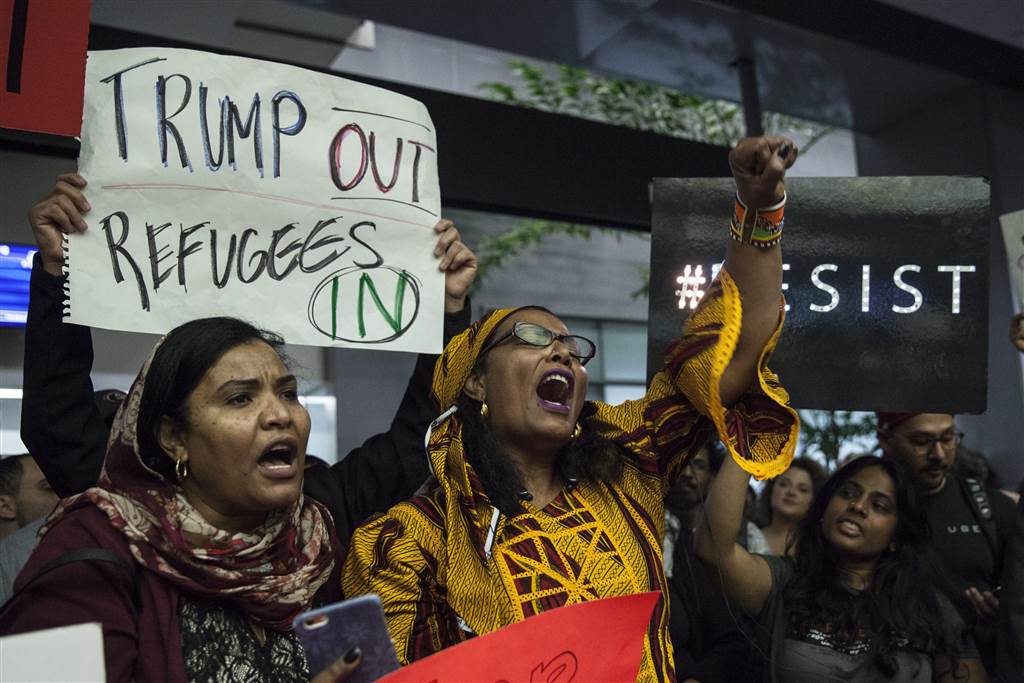 Peach of the Month: Danielle Sturkie