Looking to diversify your music listening?

Cherry Pools is a burgeoning indie-pop band that is hailing out of Toronto, Ontario. The band is awash in vintage synths which is revved up by 21st century guitars and dressed in chic thrifted threads. They are helmed by singer Martin Broda, Matt Krumins (guitars), Talyn Prior (bass) and Sean Mederios (drums). The quartet has introduced a style that would fit right in during an eighties-set teen love story or booming over North American festival fields.

Martin fused sounds from those that impacted him, drawing influence from Phil Collins, Michael Jackson, Justice, MGMT, Tame Impala and more. The four-piece released the single “Forever Young” in December and quickly followed up with “Are You in Love” just ahead of their spring tour with PVRIS. The past few months the band had been on tour with I Don’t Know How But They Found Me and then with Lydia prior to their debut EP release.

“It was about merging the modern and vintage,” Martin states. “We wrote really catchy and rhythmic hooks that people could easily digest. It’s very simplistic and straightforward. That was the spirit.”

They have been touring in support of their recently released EP Less Religion More Sex via RED Music/Weekday Records. The album was recorded by the award-winning producer Anthony Kalabretta (Parkway Drive, Silverstein). A new music video has been released alongside one of their new tracks about a summer love drifting apart for the song “Caught in The Stars”. You can watch the music video on YouTube. You can listen to their new album on Spotify, Apple Music, Google Play Music, Pandora and SoundCloud

Cherry Pools will be performing in Atlanta, GA at the Masquerade on Monday October 29th at 7:00 PM with R I L E Y and headliner Chase Atlantic. If you are interested in the show tickets are available for purchase on Ticketmaster.

For more information on the band or upcoming shows visit Cherry Pools website at www.cherrypoolsband.com. Stay up to date with them by following them on social media platforms such as Facebook, Instagram or Twitter. 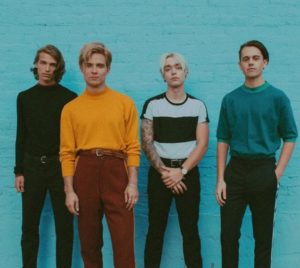 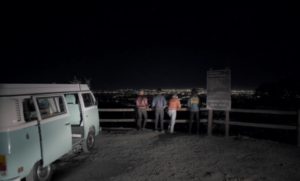