A federal judge will not dismiss a lawsuit filed against Georgia’s Secretary of State which would require Georgia to move to paper ballots ahead of November’s election.

The suit was filed due to concerns over the insecurity of Georgia’s voting systems.

This means the case will move forward and both sides will present their arguments in front of a judge on September 17.

Pleadings by Secretary Kemp’s legal team refer to the experts saying Georgia needs paper ballots as “so-called experts” who are only Ph.D. candidates, hackers, or low-level functionaries.  They also use the term “Luddite.”

WSAV’s Atlanta Capitol Correspondent, Ashley Bridges, spoke to a world-renowned cyber security expert who says our system is one of the worst in the country.

“I don’t think of myself as a Luddite,” says Dr. Richard DeMillo. 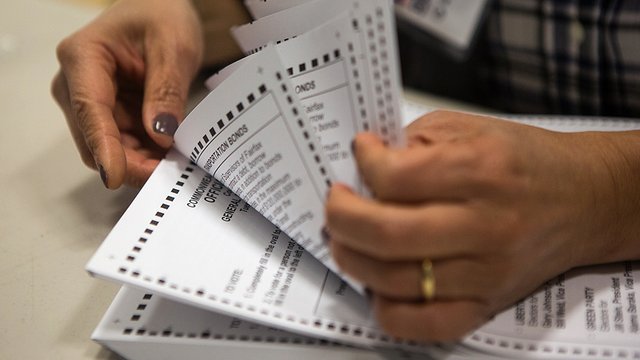 In reality, Dr. Richard DeMillo holds nearly 50 years of expertise in computer science and cybersecurity, with a Ph.D. from Georgia Tech, even serving as the university’s Dean of Computing.  He says it’s because he does understand the technology that he thinks Georgia has to throw it out.

“I have an appreciation for the complexity it takes. Like most people that look at it objectively, it’s about the worst in the country.”

“In cybersecurity, we talk about channels, the internet is not the only communication channel, there are servers, programmed from other servers.”

While the Secretary of State’s team claims that we have not been hacked and such concerns are “paranoia.”

“It’s hard to say with a straight face that we haven’t been hacked.  We simply haven’t looked.”


“I ask people to use common sense.  The bandits were going through the neighborhood…wouldn’t you go in to see if they had?  My doors open. There were bandits in the neighborhood.  Is the silver still there?  We haven’t done that. We haven’t even checked.”

Even hacking aside, he says the software isn’t reliable.

The solution he says is actually centuries old, and the Secretary of State’s attorneys say it could confuse voters, but DeMillo says, “I don’t think they would have a problem using a magic marker to color in a bubble.  I’ve seen 5-year-olds do it.”

Federal Judge Amy Totenberg will hear oral arguments on the case September 17, fewer than two months for the election.