Tragic story coming out of Valdosta, Georgia yesterday. Lowndes student Rebecca Hall, 15, was killed after her school bus collided with a semi-truck carrying an oversized load of metal beams on I-75.

Michael Scarpaci, 58, was the driver of the semi-truck and was uninjured, Aline Thomas, 62, of Valdosta was driving the school bus and received a leg injury from the crash. 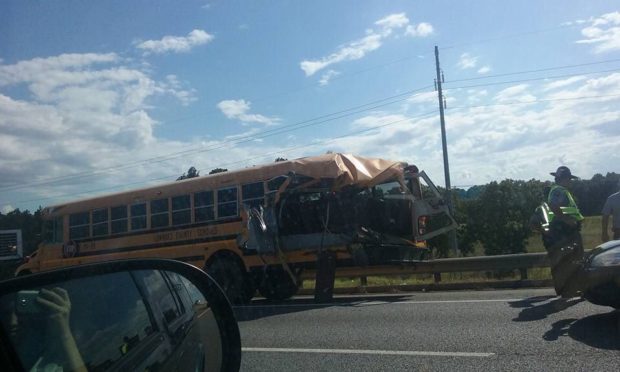 The Lowndes County school officials have released this statement:

The Lowndes County School System is deeply saddened that this evening one of our students died from injuries sustained in the collision. According to Superintendent Wes Taylor, ‘We are grateful for the efforts of law enforcement, emergency department personnel, and EMS. We are thankful for their assistance to our students and driver. We are asking our community for prayers and support for everyone involved in the collision.’

Even though I didn’t know her, RIP to Rebecca Hall! Prayers go out to her family!