This Man Says that these Atlanta Bars Are the ‘Next Orlando’

Yesterday the Atlanta Police Department stated that they’re investigating a gay man who tweeted that Atlanta will be the “next Orlando”.

This followed shortly after the Orlando shooting at LGBT nightclub Pulse that left 50 dead and 53 injured.

Brett Edgerton was taken in for questioning after tweeting, “TEN or Blake’s could be the next Orlando. You think I’m the type to be the ‘next shooter?’ Keep hating me then…”

The tweet before that one read, “You are all dead to me” and the bio of his Twitter profile reads, “I will be the last person you see. The Twitter account has been deleted since.

APD’s Elizabeth Espy says Edgerton has not been charged with anything yet but APD are still conducting an active investigation. 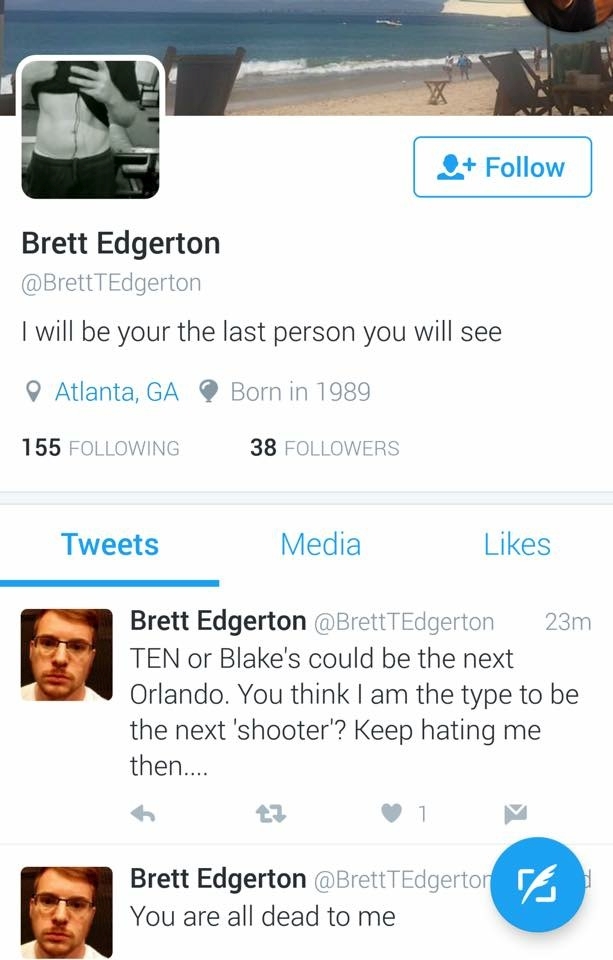 Trump Debate Between Teenager and Gay Man in Atlanta