Michael Gatto Dies After an Assault at Rude Rudy’s

Early Thursday morning police responded to an assault at a Statesboro bar called “Rude Rudy’s”. Officials say Michael Gatto (18), a Georgia Southern student, was in critical condition and needed to be transferred to East Georgia Regional Medical Center in Savannah immediately. Friends and family members of Michael Gatto informed GAFollowers that he didn’t survive at the hospital.

Corporal Justin Samples confirms that the person responsible for this aggravated assault has been arrested after turning himself in, his name is Grant James Spencer a bouncer at Rude Rudy’s and is twice the size of Michael Gatto. Rude Rudy’s has been closed until further notice.

At this very moment the case has been turned over to the Investigations Bureau.

Statesboro Police Department Criminal Investigations Bureau officers executed an arrest warrant Tuesday for Spencer, who remains in the Bulloch County Jail without bond, charging him with felony murder. He was already being detained on an aggravated battery charge stemming from the incident.

The new charge came “after completion of an autopsy by the Georgia Bureau of Investigation Crime Lab. No further information is being released at this time,” Turner said.
Bulloch County Coroner Jake Futch said late Tuesday afternoon that he had not yet been informed of the autopsy results.

Gatto’s death is the sixth killing reported in Bulloch County this year. 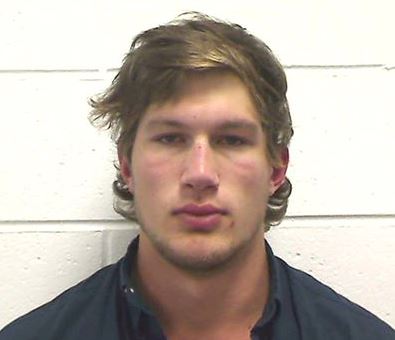