The United States have been an interesting place these last two weeks after numerous, unnecessary deaths of minorities, tragic cop killings, shootings of unarmed youth and mysterious hangings.

In the wake of such calamity, the new generation of civil rights movements has organized protests, rallies and other initiatives to combat the attack on civil liberties and human rights. The biggest faction of this is what started off as a hashtag for awareness and is now branded as a group of people, Black Lives Matter.

All over the nation, Atlanta especially, citizens have been protesting for meetings with government officials and recognition for the need to reform the unstable structure of law enforcement. In light of the protests, CBS Atlanta news producer/photographer, Charles Beau Menefee shared his thoughts concerning Black Lives Matter on his personal Facebook page. 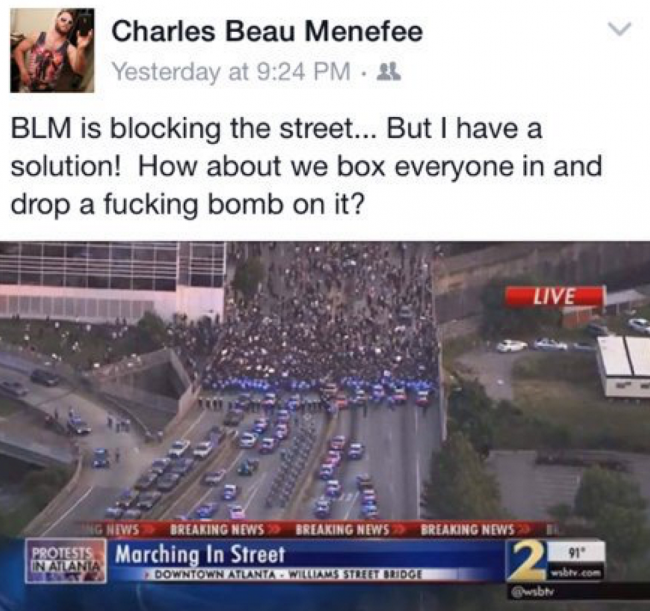 Whereas this comment is unsettling and quite off-put, he was not done sharing his opinions concerning the recent events as he went on to address the shooting of Alton Sterling. Along with his thoughts, Menefee noted that Black Lives Matter supporters, or maybe just African Americans, are “unevolved, uncivilized turds.”

As if matters couldn’t get any worse, they did, and Menefee would conclude his rant by suggesting that someone rain “gunfire down on to the ignorant human turds at the next #blacklivesmatter march.”

According to the Atlanta Journal Constitution, Menefee has been terminated and security has been increased at the station. Charles Beau Menefee was nominated for an Emmy for his coverage of Ferguson during their time of unrest for the same incident as the ones that have taken place recently a few years ago.

It's Been An Eventful Off-Season For the Atlanta Hawks

Kids in Georgia has Access to 8,000 Books This Summer