Teach a Child to Fish

Former NFL player, and now Atlanta-area resident, Kendall Newson, believes if you “teach a child to fish,” they can accomplish anything. Newson, now a professional bass angler, got his start at West Point Lake in LaGrange, but now he is spreading the gospel of fishing all over the state and the South.

Newson had a big 2017, not only fishing, but calling on his friends to participate in a celebrity fishing tournaments to benefit Teach a Child to Fish.

Bass World League, was the organizer for Newson’s tournament this year, which is a newly formed LLC. The Teach a child to Fish Celebrity Tournament was a huge event this year and will be even bigger in the years to come.

Through his NFL relationship, there is now a tie-in with the NFL Alumni to hold a celebrity tournament the day after the annual NFL Alumni Golf Tournament at Lake Lanier Islands.

The tournaments include local anglers and professional anglers all fishing for the cash prizes and the celebrities competing for the BWL championship.

“The tournament is an important event for Teach a Child to Fish,” says Newson. “It would help raise funds for the work on the westside of Atlanta.”

“We here at teach a child to fish believe we can change the path of these Georgia communities by bringing education, conservation, and a sportsmanship that encourages community unity.”

The first celebrity to win championship trophy was Anthony Smith, two time Super Bowl champion. Smith caught a four pound spotted bass that helped his bag win the tournament championship. There were over 40 boats in the 2017 event and more than 10 celebrities from the NFL, NBA, MLB, WNBA and world of entertainment that showed support.

“We are very excited to have an NFL player win our first championship, which gives our celebrity tournament series a great start,” explained Newson, a former NFL wideout.

Smith was proud of his title.

Like so many, Smith is now pardon the pun, “hooked.”

“Since participating in the tournament I’ve taken a new liking, respect and love towards. It’s something challenging enough to peak my interest. It’s something that constantly teaches you new things it’s also something you can do that doesn’t have a age participation limit, so it’s something everyone can do and learn from, and also see a benefit”

These are events for anyone who is interested in or loves fishing.

“I felt the need to have a tournament series for celebrities and anglers that would be fun and exciting for the non angler to become more aware about the sport of fishing, and the local or pro angler to fish with a celebrity and have fun winning cash.”

“Our kids had a blast with some fishing lessons and activities on the bank of Little Hall Boat Ramp as the tournament went on.”

More to come in 2018… See you at the lake! For more information about volunteering or sponsorship please email TACTF.GOFISH@gmail.com 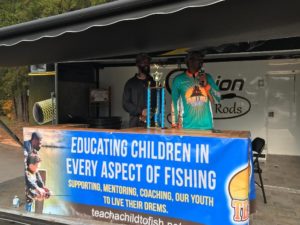 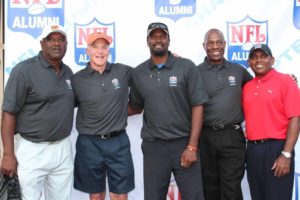 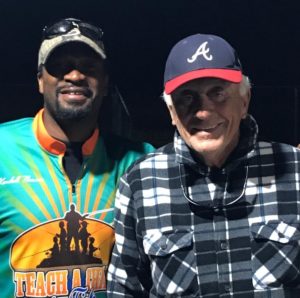