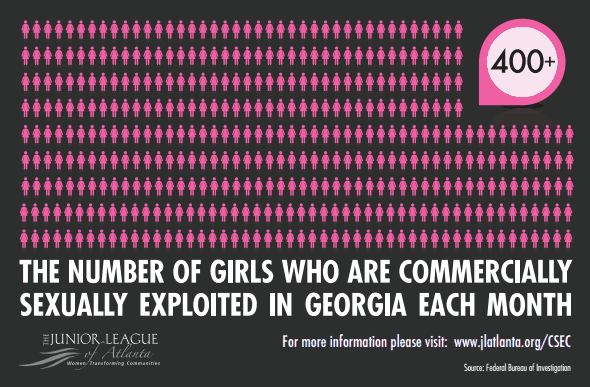 Atlanta is one of those towns that anyone and everyone can love but even with the love for this metropolis there’s always a dark underbelly. Ranking 2nd in the world and the fastest growing, the sex trade in Atlanta is vast and a disturbing thing. The monstrous size of Atlanta with the major trafficking hub of Hartsfield-Jackson Airport makes it easier for these girls and their pimps to melt into the seedy side and with the already at large illegal whirlpool thriving it makes the sex trade readily available to intertwine with the coinciding branches of crime within Atlanta. The numbers range from 200-300 girls a month and usually 100 a night are abused in some way. Mostly runaways, these girls are usually 11-14 and leave their homes due to domestic abuse, drugs or neglect by parents or extended family. 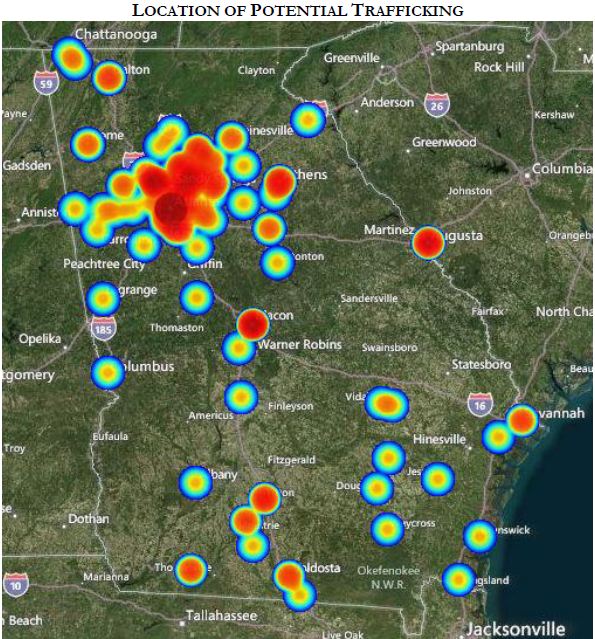 On the streets, the average number of the girls being sold out are 8-10 and sometimes drugged by their “owners” to keep going throughout the night in a brutal process called “gorilla” pimping. In one month in Georgia, older men purchased sex 12,400 times with younger women. Perhaps the saddest thing lies in that these women have a life expectancy of 7 years due to the extensive drug use, murder, suicide and STIs. The girl’s pimps on average can make $33,000 a week versus $11,000 in San Diego. The true area of sin lies in the suburbs and around the city due to the high demand and lucrative business of it all. Another disheartening fact is that most regulars for these girls are mid-30s, married, and employed.Within Atlanta the street prostitution market makes $290 million which feeds into the $40 billion worldwide market. The staggering fact is that the Internet like Craigslist has allowed prostitution to flourish and even 6-7% of children sold still live in home.

With over 998,000 kids receiving free lunches in Georgia schools now, those who sell our kids for sex can the offer of food as leverage the most useful way for the children to be coerced into it. Hospitals all around Atlanta and the suburbs have been trained to look for signs of people being sexually exploited plus police officers are aware of the identifying factors of a child prostitute. These souls are hidden in plain view often made to look older and they innocently seem to be on dates with men throughout all parts of town. Casinos, strip clubs, streets, escort services and now the Internet such as Craigslist give the pimps vast avenues to sell these people like pieces of meat several times a night. The wild-fire start of this horrendous crime has led to many establishments to look for any sign of sex trafficking. While there are several large groups such as Out of Darkness, Juvenile Justice Fund, Covenant House and even Delta Airlines has set up EPCAT aka End Child Prostitution, 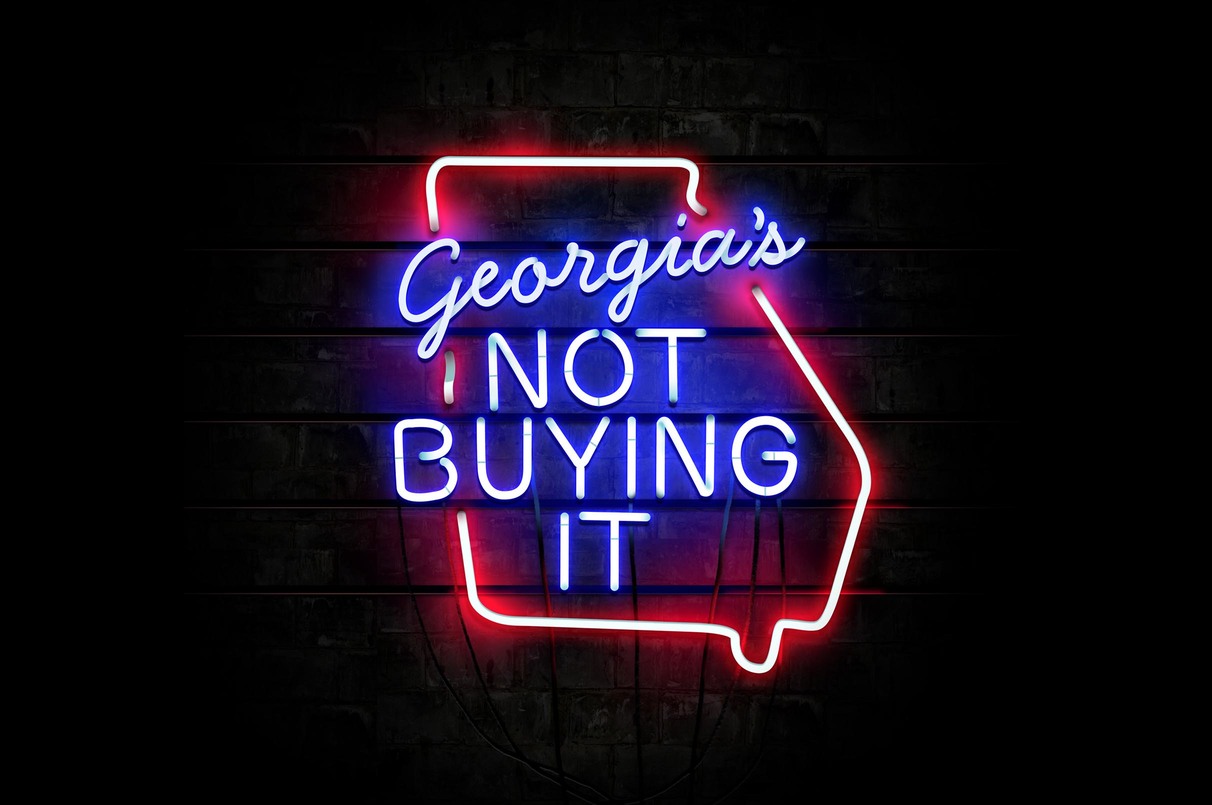 Child Pornography and Trafficking of Children for Sexual Purposes, working with law enforcement to fight the sickening sex trade business that’s growing rapidly. Covenant House is a shelter for homeless youth in Atlanta and those hurt by the sex trade with more than 15,000 kids helped since it’s opening in 2000 and 1,300 served a year but places just like Covenant House are full to the brim with waiting lists that are incredibly and sadly long along with little funds or donations. Websites and foundations are being set up to help educate people like us to report anything that resembles child trafficking and to contact law enforcement immediately. Tips posted by the U.S. Department of State website hold key signs for anyone to spy victims of this heartless crime such as: Signs of physical abuse, living with an employer, unpaid or measly wages, poor living conditions, fearful and submissive, under 18, unable to speak alone, and answers sounding rehearsed.  Questions such as: Have you been hurt?, Can you leave at anytime?, Where do you sleep and eat?, Do you live with your employer? and Are you in debt to your employers? are all red flags for seeing a victim in plain sight. Phone numbers for the National Human Trafficking Resource Center and U.S. Dept. of Justice Worker Exploitation Complaint Line are 1-888-3737-888 (NHTRC) and  1-888-428-7581 are readily available for anyone to help those in need.

This issue isn’t something we can file away in the cabinet as out of sight, out of mind. It is a very real and gritty reality that is hurting our city and the people in and around it.