Surprisingly enough, this past Monday Donald Trump held a campaign rally at the Macon Coliseum in Macon, Georgia. Over 6,000 people attended but Donald Trump wasn’t the only entertainment there, the attendees themselves were. Here are 5 frightening photos from Donald Trump’s rally here in Georgia.

The pizza man who was caught cheating on his wife mid-campaign. Herman Cain made a handful of errors while running for president, but he’s a Republican from Georgia so I get it..

I will not believe someone let him out the house like that. He has to live alone…

Of course we’re all about our Georgia pride here at GAFollowers, but at least use the updated flag state flag. Don’t be the stereotypical south Georgian country man. Also, I spy 1 black guy who is fed up already..

Firstly, lets take a second to acknowledge the American “Eagle” shirt the guy to the right is wearing, because obviously he wanted the attention. Along with the “Declaration of Independence” pamphlet taped to the poster board. What is this? 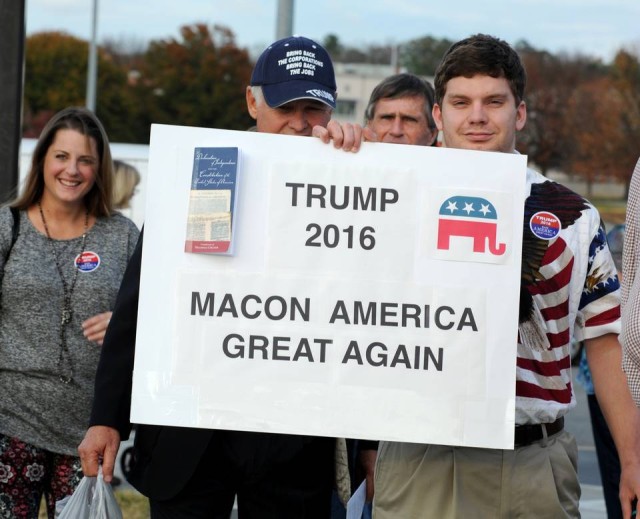 Nooooo not the kids… 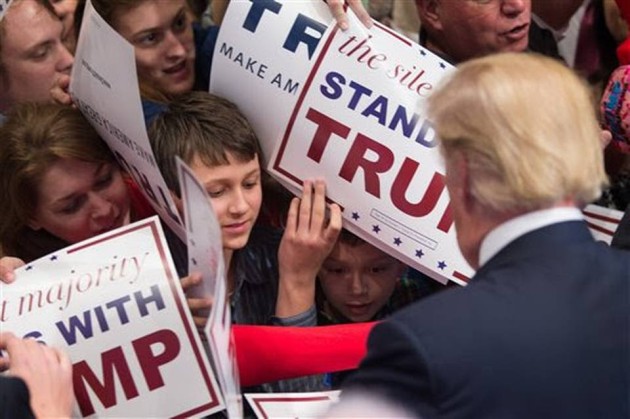