A Look at Bully Boy in the Old Fourth Ward

Bully Boy is the newest, destination restaurant to arise in the Old Fourth Ward along Atlanta’s own Beltline. The restaurant is a creation from Bob Amick, President of Concentrics Restaurants, and Chef Michael Bertozzi. It offers Eastern seaboard fare with ingredients hailing from its farms, rivers and coastal waters.

“I have always wanted to use this name for a restaurant,” says Bob Amick, Owner and President of Concentrics Restaurants. “It was the name of my parents’ favorite restaurant in the New York City area where I grew up and the first nice restaurant I ever ate as a child. Chef Michael is going to be doing some really lively, smart, brash cooking with ingredients from the East Coast’s land and sea. All of us are excited to see the reaction to this Beltline spot. It’s going to be a lot of fun.”

Chef Michael Bertozzi is a Florida native who has been working in restaurants since he was 15 years old. The chef credits his passion for Southern Cuisine to his mother and grandmother. In November 2010, Bertozzi was recruited to one of the top restaurants in the country, Atlanta’s Two Urban Licks. Chef Bertozzi is currently serving both as Two Urban Licks’ and Bully Boy’s Executive Chef, churning out exquisite cuisine night after night.

“Bob Amick and I started talking about Bully Boy over a year and half ago,” said Chef Michael Bertozzi. “We worked on several ideas and finally settled on focusing on an east coast eatery. We wanted to feature the food we both had grown up eating, him in the northeast and myself in the southeast portion of the eastern seaboard.”

Bully Boy is committed to sourcing their ingredient that can be farmed, foraged or fished for on the eastern seaboard. The fare is paired with a nostalgic cocktail list along with local and coastal craft brews, with a beer program directed by Todd Rushing (Partner of Concentrics Restaurants). A wine program is curated by Advanced Sommelier Justin Amick of Painted Hospitality and offers a focused selection of global classics and relevant surprises.

Bully Boy is located in Old Fourth Ward in between the Telephone Factory and Common Grounds at 828 W10 Ralph McGill Blvd. Atlanta, Georgia 30306. For more information you can their website at www.bullyboyatl.com or call 678-904-5607. You can stay up to date with them by following them on social media platforms such as Facebook, Instagram or Twitter.

Axel Martinez contributed to this piece.  Photos by Heidi Geldhauser-Harris 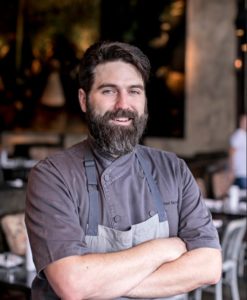 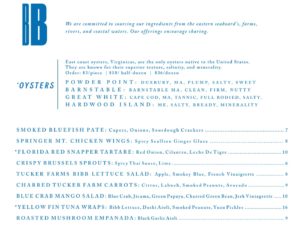 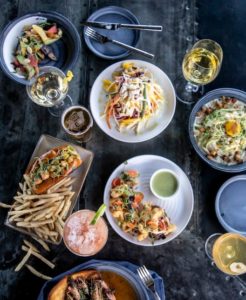 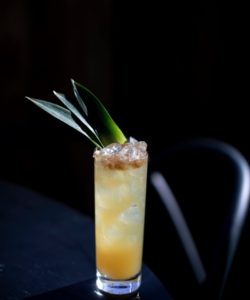 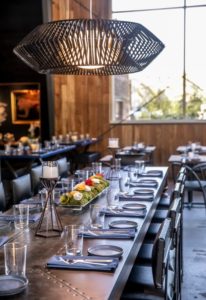