The well known Magic City strip club has become a staple in Atlanta and probably makes the list for one of the most famous strip clubs in the world. But after recent reports of Magic City’s cleanliness, their reputation could be a stake.

Although I know we all love chicken wings, think twice about ordering next time you’re in Magic City. On June 7th, the club scored a 54, unsatisfactory, during a health inspection conducted by Jeffery Roundtree. This is very surprising considering the fact that their last score was a 90 from an inspection conducted back in November.

Some of the more notable problems: 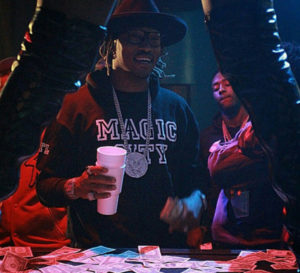 The score may stop people from eating their but definitely not from going. Last year GQ Magazine called Magic City, ‘the most important club in the most important city in the hip-hop industry.’ Not only that we’ve ranked Magic City as one of the “Top 8 Strip Clubs in Atlanta“. The reactions from Twitter were priceless, see below:

@GAFollowers did they use a black light during the inspection?

@Jake_Morman@GAFollowers must have been some chocolate cake 😂

Desiigner Pulls a No-Show in Atlanta, Says He's Never Been to Atlanta