Earlier this month Atlanta was shellshocked after APD found a hanging man in Piedmont Park. APD ruled the death as a suicide but many social media users didn’t want to believe it.

Now the body has been identified as Atlanta’s London Jermaine. On July 7th, London wrote his final Facebook message saying, “I see y’all in the next Life… Deadass Father forgive me”.

Thirty minutes later, the 22-year-old Midtown Atlanta resident tied a white rope to a thick branch of a tree and then around his neck and hanged himself near the “Free Nelson Mandela” monument in Piedmont Park.

London Jermaine was from Hackensack, New Jersey and was a gay aspiring actor and model. After investigating it seems as if London’s family had a hard time grasping his sexuality, here he shares a Snapchat screenshot of a conversation with his little brother. 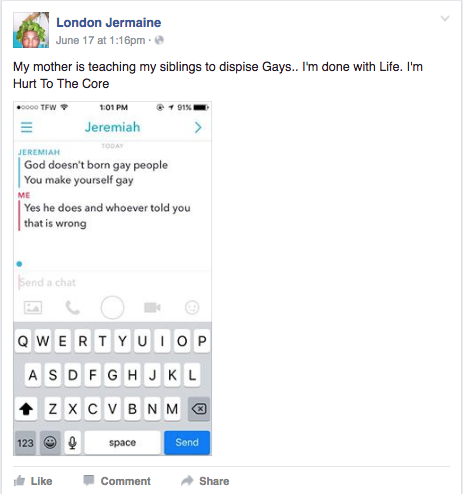 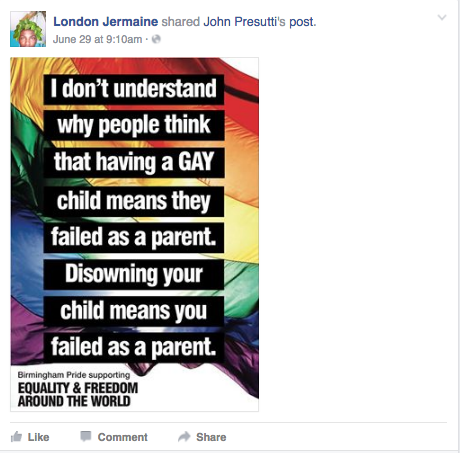 I am deeply saddened by the loss of a young man’s life last night in Piedmont Park. This disturbing event demands our full attention.The Atlanta Police Department (APD) is conducting a robust investigation into his death and I have asked to receive regular briefings on the status of the investigation. We have also referred the case to the Federal Bureau of Investigation.

Everything we have seen suggests that there was no foul play involved, but I want to state clearly and unequivocally that we will not prejudge the circumstances surrounding this young man’s death.

APD will share all evidence discovered in the course of the investigation. We ask for the public’s support and cooperation as we work to resolve this matter.