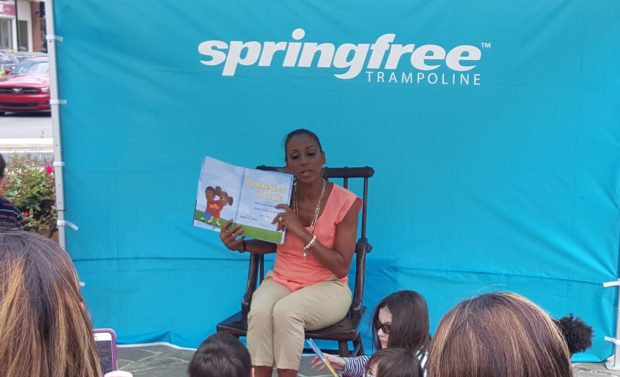 Exclusive: Holly Robinson-Peete in Atlanta Talks to GAFollowers About Austim and More

“It’s a family affair. This is something we wanted to do and share as a family. When we got our diagnosis and that was in 2000, we didn’t see other people advocating, with the exception of two football players in Dan Marino and Doug Flutie. They both had kids on the spectrum and I think we can be helpful if we share our journey.”

The Peete Family feels so strongly about getting the world out about autism that they formed their own foundation in the HollyRod Foundation and also have partnered with Springfree Trampoline.

Robinson-Peete read the award-winning children’s book, “My Brother Charlie” – a heart-warming story about RJ Peete, her son who has autism. One in every 68 children in America is diagnosed with autism spectrum disorder, according to the CDC. Select organizations in the U.S. working with children with autism, including local Lekotek of Georgia and Emory Autism Center, use Springfree as therapeutic tools.

Springfree has a lot going on and their high tech trampolines can benefit all families, but especially those that have children with autism.

Through research and development, Dr. Keith Alexander reengineered Springfree’s product designs to eliminate the impact points that are the cause of most trampoline injuries. His dedication and belief that children deserve safe backyard play fuels our commitment to education and our passion for innovation and quality. Today, more than 20 years after the Springfree journey began, our mission remains the same. It is, quite simply, to change the definition of trampoline.And make a safe trampoline.

“It’s already a great product and it’s the world’s safest trampoline,” says Steve Dennis, Market Manager for Springfree. “We are adding new technology to it, so it can be used by the entire family. It’s a healthy outlet for everybody.”

More announcements are forthcoming from Springfree, but Dennis really wanted to emphasize safety. 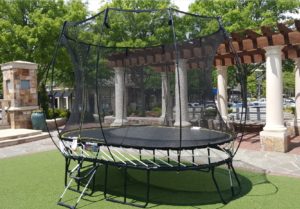 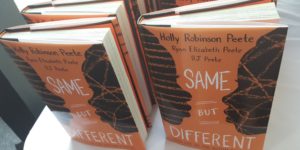 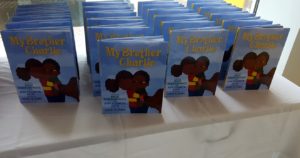 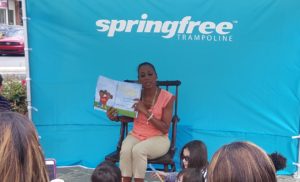 Holly Robinson-Peete at Springfree in Atlanta