Yesterday, Atlanta-native rapper Future released a new album entitled HNDRXX, following last week’s release of his self-titled album, FUTURE. The two 17-track albums have stirred up a ton of attention from fans, which have the industry foreshadowing that the album’s may land on the Billboard 200. Based on this high volume of attraction and demand from fans, there’s been buzz about both albums having the possibility of debuting at No.1 on the Billboard 200’s. If HNDRXX and FUTURE do place No. 1 album debuts, it would be the first time in 61 years that two separate albums place consecutively by an artist according Billboard. Fans have welcomed the new music with excitement, and also humor because of the short intervals between the albums; with only a week interval before having to learn new lyrics, and also the emotional undertones featured on HNDRXX through Twitter. 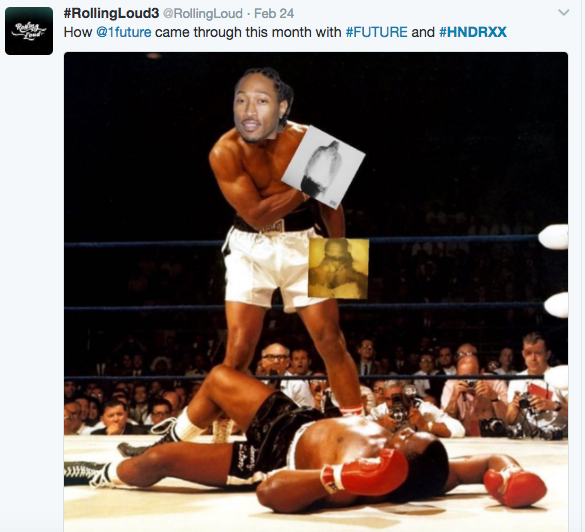 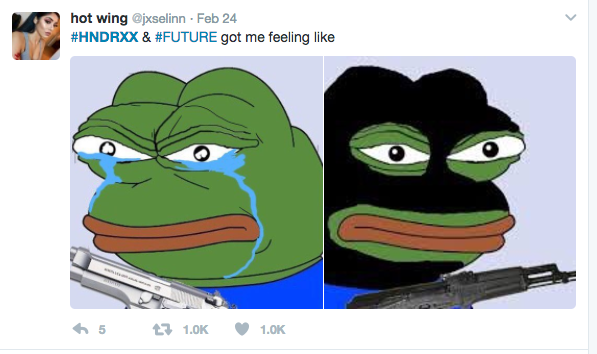 In addition to all of the apprehension with Future releasing album’s so closely in range, there has also been unconfirmed reports that the artist will follow-up the previously mentioned double-album release, with yet a third album under his record label Epic, by next week. Due to the mass amount of fans streaming and buying the new body’s of work, there’s anticipation of whether or not the rap artist is going to chart, which will be revealed on Feb 28th. If Future does reach No.1, Future will have had four consecutive album No. 1 releases on Billboard 200. Although there are mixed reviews on FUTURE and HNDRXX, most fans are feeling the split duo of emotional lyricism and that trap essence Future continues to embody. The mass appeal Future creates as an artist, having the ability to engage his audience with little to no time in-between work releases, show him to be a force as an artist withholding great influence on the industry.