Peanut and corn farmer Donald Chase looks over rows of peanuts on farm in Oglethorpe, Ga., Monday, June 15, 201. Little rain and hot weather has produced a serious drought hurting farmers across Georgia. Almost three-quarters of the state is already in a severe drought. Weather reports show the most parched pocket is in southwest Georgia. (AP Photo/John Bazemore)

Georgia has not received any significant rainfall since September.

Around that time, 53 counties were declared to be in a Level 1 drought.

The lack of water alongside the drastic smoke pollution calls for “the toughest water limits since the devastating droughts of the late 2000’s,” according to AJC.

Governor Nathan Deal has implemented water restrictions in 52 counties after Georgia was declared in a Level 2 severe drought.

The new restrictions includes the limitation of:

In addition, a schedule for watering has been issued. The schedule states that even-numbered addresses can water their lawns on Wednesday and Saturday at any time except between 10a.m. and 4.p.m.

Odd-numbered addresses can water on Thursday and Sunday with the same time restriction.

“We must be responsible stewards of our water resources. That means watering only when it’s necessary, not twice a week just because that’s allowed. I’m confident that our region, its local governments and its residents will take the necessary steps during this drought to conserve water,” said the Chair of the Metro Water District, Boyd Austin. 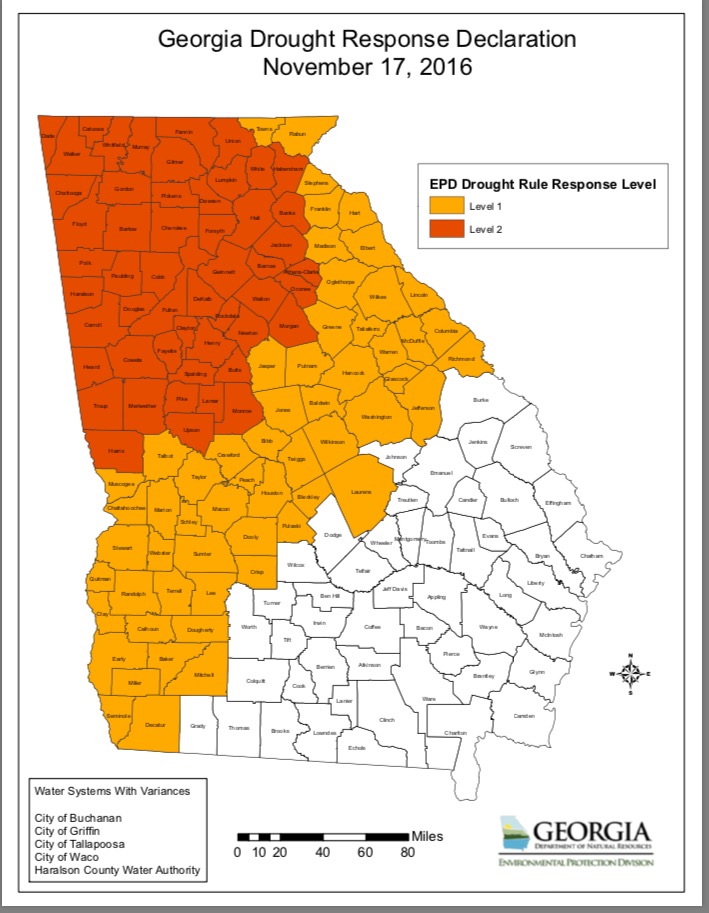 These policies are only temporary and will lift once the state determines Georgia receives adequate rainfall again.

Help in a Big Way by Shopping Small Business Saturday on Nov. 26