City Tap Restaurant & Bar recently announced the opening of a new location in the Atlanta’s Midtown neighborhood in early 2019. This will be City Tap’s seventh location nationwide, joining restaurants in Boston, D.C., Nashville and Philadelphia, where City Tap was founded in 2010.

City Tap is an elevated American gastropub that is guided by a passion for craft beer and great food. It will be drawing inspiration from the local craft beer industry and serving varying beer styles from local breweries such as Monday Night Brewing, Orpheus Brewing, New Realm Brewing and many more. They will have over 60 beers on tap, with a thoughtful selection of national and international offerings being poured, including German lagers, Belgian ales and other European varieties.

“To properly represent the evolution of craft beer, we use our taps to show just how diverse craft beer can be, highlighting strong local brews, celebrating the success of long-standing regional partners, and enjoying centuries-old European traditions as well,” says Andy Farrell, Brand Director at City Tap. “It’s fun to see the story of craft unfold across a dynamic beer list.”

City Tap’s new location will be drawing inspiration from their own signature aesthetic, with a mix of rustic and industrial elements including iron framework, reclaimed wood and copper & stone bars. The location will be ideal for meetups, game-watching and weekend brunch outings on the high tops on the main floor. The front of the restaurant will feature a brick patio that will include a firepit and lounge-style seating.

“Atlanta is a natural fit for us with a robust local beer scene that we look forward to supporting and serving,” said Brian Harrington, Founder of City Tap. “We can’t wait to open in Midtown, bring something new to the city, and welcome guests for good food and beer.”
If you would like to learn more information on City Tap Atlanta you can visit their website at www.citytap.com. You can also stay up to date with upcoming announcement, follow them on social media platforms like Facebook and Instagram. 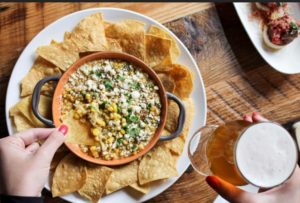 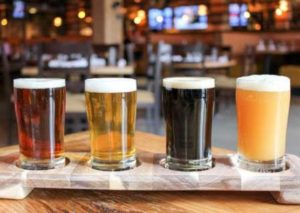 Chick-fil-A reveals its most-ordered items of 2018