Even if you don’t have a ticket to the games being played, there will be plenty of things fans can do leading up to the 2020 NCAA Men’s Final Four in Atlanta, April 3-6, 2020.

The events are planned with families and basketball fans of all ages in mind and will include a variety of free or low-cost, family-friendly options.

“We are excited to welcome renowned musical and basketball talent to the city of Atlanta,” said Carl Adkins, executive director of the Atlanta Basketball Host Committee. “With daily activities, concerts and National Championship games in all three divisions being held in one weekend, the NCAA Final Four will give Atlanta locals and visitors alike unique and affordable opportunities to be part of the Final Four.”

It all starts on Friday, April 3, as fans will be able to get a first look at the court set up inside Mercedes-Benz Stadium at the free Reese’s Final Four Friday. During the event, the four teams participating in the Final Four will hold open practices, which are free to the public. The practices will be followed by the Reese’s All-Star Game, featuring the top senior NCAA student-athletes.

“Atlanta prides itself on being a world-class host for the sporting world’s biggest events, and we are proud to host the Final Four for the fifth time,” said Atlanta Mayor Keisha Lance Bottoms. “Thank you to the NCAA, the Atlanta Sports Council, the Atlanta Basketball Host Committee—and a special thank you to the women and men in public safety who put themselves in harm’s way to ensure a safe, secure and fun event for visitors and residents alike.”

Things kick into high gear with an assortment of fan events. They will include the Final Four Fan Fest presented by Capital One, held at the Georgia World Congress Center beginning April 3 until April 6. Fan Fest tickets will be on sale beginning Wednesday, January 15 at $10 per person with free admission for children 12 and under and Capital One cardholders. For more information about the Fan Fest and tickets, please visit the Fan Fest overview located on the NCAA’s website.

The March Madness Music Festival will also tip off on Friday, April 3, with the AT&T Block Party, on Saturday, April 4, with Coca-Cola Music and continue through Sunday, April 5, with Capital One JamFest, featuring Taylor Swift as the headliner. Located in Centennial Olympic Park, the festival is free to the public and will include a variety of music artists, which will be announced in the weeks leading up to the event. Additional details about JamFest and exclusive cardmember benefits will be forthcoming.

Once again, the NCAA Men’s Division II and III National Championships will be held on Sunday, April 5, at State Farm Arena. The Division III game will tipoff at 12:30 p.m. and the Division II game will begin at 4 p.m. The games are free and open to the public.

Youth basketball fans ages 18 and under can also be part of the Final Four action with the NCAA Final Four Dribble presented by Buick. The one-of-a-kind and free Final Four event will take place on Sunday, April 5, beginning with check-in at 1 p.m. in downtown Atlanta. Fans can bounce into action and dribble their way through the heart of downtown. To register for the event, fans should visit participating Buick dealerships beginning January 15. The first 3,000 participants will receive a NCAA Final Four Dribble t-shirt, a Wilson basketball and free entry into the Final Four Fan Fest presented by Capital One for Dribble participants and accompanying adults. Immediately following, fans are encouraged to head over to State Farm Arena for the free NCAA Men’s DII and DIII National Championships.

“Conducting all three national basketball championships in one city on the same weekend provides student-athletes from each division, as well as their fans, a special experience,” said Dan Gavitt, the NCAA’s senior vice president of basketball. “We’re thrilled about all the games and the fan events we have planned for the Final Four weekend, leading up to the Division I National Championship Game.”

Fans should note that all events and venues require clear bags, and Mercedes-Benz Stadium is a cashless facility. Card and mobile payments are the only methods of payment accepted inside the stadium. The stadium does feature cash-to-card machines for those who prefer not to use their own cards or who prefer to carry cash. Guests will be able to feed cash into the machine and obtain a pre-paid VISA debit card of the same amount with no transaction fee. These cards can be utilized as any other pre-paid VISA card within the stadium as well as outside the stadium. More info can be found here.

The NCAA Final Four app presented by AT&T will feature the most up-to-date event information and tips. The app will be available for download on Selection Sunday. 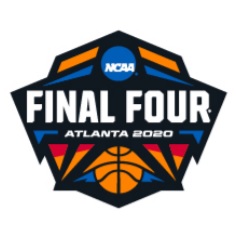 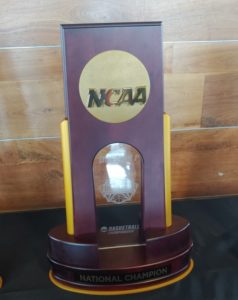 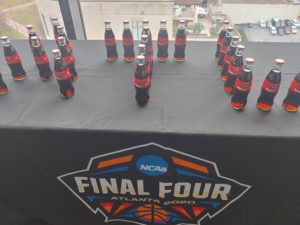 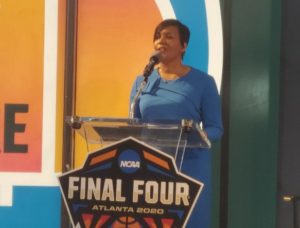 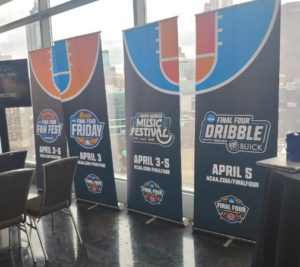