Red Hare Brewing Company of Marietta, Georgia has announced the release of SPF 50/50 Wintery Mix. The drink is made with a blend of Gangway India Pale Ale (IPA) and house-crafted cranberry and pineapple soda. The release is the newest extension of their popular original SPF 50/50 line of Tangerine and Grapefruit India Pale Ale Radlers.

“We wanted to create a beer that tasted like the holidays – it’s a little sweet, a little bitter and all joy,” states Bobby Thomas, Brewmaster of Red Hare Brewing. “It’s like when the power goes out because of three snowflakes and all you have is the kids nestled around the fire and your one last tasty beverage – hence the name, Wintery Mix.”

You can join Red Hare Brewing on November 24th for the official launch party of their new SPF 50/50. The company will offer 15% off all merchandise and 10% off your beer tab during the event. If you would like more information visit their website at www.redharebrewing.com/. For updates follow them on social media platforms such as Facebook, Instagram or Twitter.

Gov. Nathan Deal Signs Beer Bill So You Can Finally Buy Drinks At Your Favorite Breweries 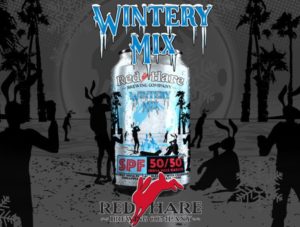 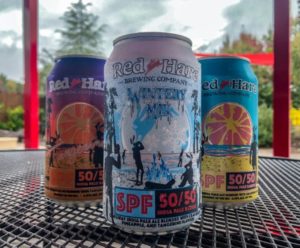