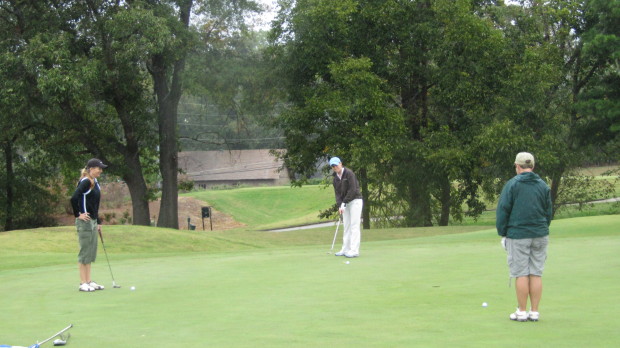 The Atlanta area will once again be the center of the golf world come August 11, as the Atlanta Athletic Club in Johns Creek will host the 114th U.S. Amateur Championship.

The event will run August 11-17, with stroke play the first two days; that will be followed by six rounds of match play.

A field of 312 golfers will be in Johns Creek for this, the oldest golf championship in America. Both courses at the Atlanta Athletic Club, the Highlands and the Riverside will be used for stroke play and the Highlands will be the only course used for match play.

About 50 players were exempted into the field and the rest had to come through sectional qualifying sites.

This championships has been won by the likes of Arnold Palmer, Jack Nicklaus, Phil Mickelson and Tiger Woods.

This year some locals, including the No. 1 ranked amateur golfer in the world, Ollie Schniederjans, a Georgia Tech golfer who hails from Powder Springs will be in the mix.

Schniederjans is expected to return to Georgia Tech for his senior season, but first hes looking forward to this USGA championship.

As for his play this summer, the Yellow Jacket golfer has been pleased.

“I played well at the Web.com event. Then I went straight to England and we didn’t have much time, so I had to adjust to being in Europe for the Palmer Cup. Then I got some rest for the Scottish Open and making the cut was great.”

Seth Reeves, a recent Georgia Tech graduate is the No. 27 ranked amateur golfer in the world and he is also in the field and looking forward to the event.

“I’m familiar with the course,” said Reeves. “There is a lot of history on this course. I’ve played here seen the holes and seen the plaques.”

Reeves estimates he has played the course 15-20 times so he will be prepared, but as soon as this is over, it’s off to professional golf.

312 amateur golfers are looking forward to this prestigious event and Atlanta Athletic Club is rolling out the red carpet for the occasion.

The winner receives a gold medal and custody of the Havemeyer Trophy for one year. They also receive a spot in the next U.S. Open and the British Open. Usually the winner also receives an invite to the next Masters.

An important golf championship coming to the Atlanta area in the coming week. Get your tickets online at https://events.trustevent.com/templates/index.cfm?fuseaction=templates.home&eid=1476 or each day at gate.

Fans will love this event, they can walk the course right with the players and their caddies. A great event to bring young golfers out to. 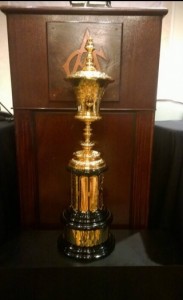 The Havemeyer Trophy for the winner of the 2014 U.S. Amateur 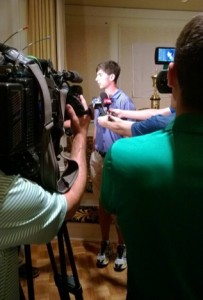 Seth Reeves, the No. 27 ranked amateur golfer in the world interviewed at U.S. Amateur Media Day