A rare opportunity to come out and see the Blue Angels.

The Rome, GA air show is anticipated to attract more than 60,000 people with an overall economic impact estimated to exceed $6M dollars to the northwest Georgia area. Record-breaking crowds are anticipated on Saturday and Sunday.

The 2017 Wings Over North Georgia Air Show will kick off Saturday, October 21 and continue through Sunday, October 22. This is a first-time appearance for the Blue Angels at the sixth-annual event. The Blue Angels performance is one of four remaining demonstrations for the 2017 air show season.

Veterans and active duty members of the U.S. Armed Forces will be honored in a military tribute parade during the 2017 Wings Over North Georgia Air Show presented by Parker FiberNet.

“In 2014, we added the Parade of Veterans to the air show schedule not knowing if we could logistically make it work. We didn’t know how many people would participate or if they’d take the time to line up,” states JLC Airshow Management President Cowman. “We watched veterans from WWII line up shoulder to shoulder with young men and women currently serving in the U.S. Armed Forces. Around 300 people walked down the runway that year as crowds cheered in appreciation for their service, patriotic music was performed, and vintage aircraft passed overhead. It was an incredibly moving event and has now become an annual tradition and highlight of the event.” 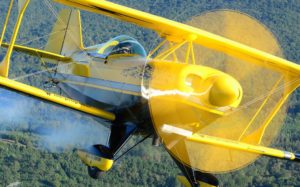 Shia LaBeouf Found Guilty on his Georgia Arrest in July