After a recent indictment, the notorious gang known as Gangster Disciples has been found to have had undercover members in every metro Atlanta law enforcement agency as well as the GBI, FBI, IRS and some agencies in Tennessee and Alabama.

The indictment said that another member, Kevin Clayton, told law enforcement that the gang had penetrated parole offices and police departments in and around Atlanta.

According to rollingout.com, a three year investigation into the gang has led to the arrests of many high ranking members including former Dekalb County police officer, Vancito Gumbs, who said that he was a hit man in the gang. Gumbs also said that he informed the gang of police activity happening around Atlanta. 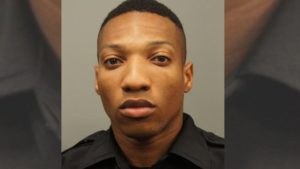 Gumbs left the police department in October 2015 after an investigation related to drug use. All cases that involved Gumbs must be reviewed, and all pending cases involving Gumbs may have to be thrown out.

Phil Holloway, legal analyst for 11 Alive in Atlanta, said that the new of infiltration is bad for all police officers.

“Police officers friends of mine that I have spoken to about the case feel that the public trust has been betrayed,” Holloway said. “They feel like this makes the entire profession look much worse in the eyes of the public.”

U.S. Attorney John Horn of the Northern District of Georgia announced on May 4 at a press conference that the charges included ten counts of murder, 12 counts of attempted murder, drug trafficking, extortion of rappers and many other crimes.

The Gangster Disciples are a violent criminal organization formed in Chicago in the 1970s when the Black Disciples and the Extreme Gangsters combined. Horn said that the gang was very organized and even had a national board. There were also regional boards who were over certain members known as governors. The governor of the southern states was among those recently arrested.

In total, there were 32 gang members indicted in the recent investigation.

Peach of the Week: Amanda Barnes from Athens, Georgia