We Survived TomorrowWorld 2015, And Tried To Have Fun

National news has been in an uproar about the hellacious conditions and poor planning at this years’ TomorrowWorld. We were on the scene, at least in dreamville where there were swampy campsites, flooded bathrooms and mountains of garbage. The company has posted a refund policy on their site, you can check out if your ticket qualifies. SFX and ID+T should be held responsible for their laziness, and everyone including headliners are stepping forward against the companies.

Despite the conditions we tried to have fun. 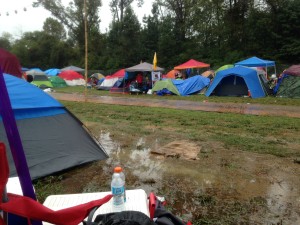 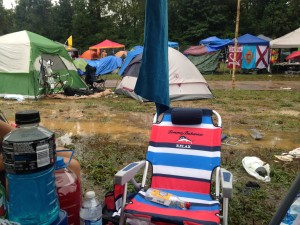 On Thursday was Dreamville’s Gathering party. This was the pre-party to the actual festival. Personally this is my favorite part of the entire festival. They bring in up and coming DJs and some big greats to warm up the dreamville crew before the real madness begins. The top 2 DJs we saw, in my opinion were Tujamo and Black Tiger Sex Machine.

The electro-house producer, Tujamo, is a veteran to the Gathering party. He always brings the hardest beats and the greatest crowds every year. Throughout his set people were dancing, jumping and yelling. Following Tujamo was the trio known as Black Tiger Sex Machine. The group looks like a cross between Deadmau5 and Keys n Krates. Their light up helmets were the first I had seen since Deadmau5, and they were enough to differentiate the two artists. The group kept the energy high through the night, and the rest of the Gathering set the tone for the rest of the weekend.

Overnight, the rain hit hard and several tents were flooded. We found our campsite decided to “upgrade” us to waterbeds, and our tents were soaked. Unfortunately for us, we were on the decline, so we got a lot of runoff water from the rain. However, we just cleaned up as much as we could, and got ready to go into the festival. 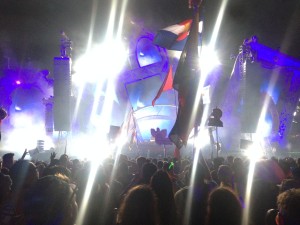 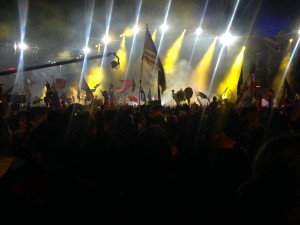 The designer of the TomorrowWorld stages deserves a raise, a promotion and a bonus, because those stages were beautiful in the rain, and would probably be even more beautiful in the sun. We walked the grounds as they were trying to provide safer walkways after the rain, including hay, gravel, metal walkways and plastic flooring walkways. As festival goers walked into the grounds, we saw Atlanta’s own Leah Culver playing on the It’s a Trap stage. At first, it wasn’t as lively but as the festival goers shuffle in, the party really started. 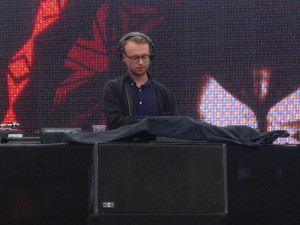 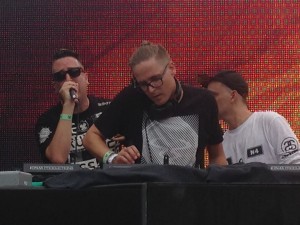 Throughout the day, artists such as Layton Giordani, Tom Starr & Kryder, Audien, Tchami and many more warmed up the Friday crowd until the late afternoon, and evening DJs rounded out the day. Our picks for that day were definitely Audien, Tchami, Watermat and Adam Beyer!

The rain continued Friday night into Saturday Morning. Our swamp became a peninsula. Someone on their way to the campgrounds mentioned that our section was Italy because we were “Living in Venice.” We would laugh and then attempt to make our way to the boardwalk so we can get into the festival with as little of mud as we can.

It rained harder on Saturday than it did on Friday as one could imagine. While we were out on Saturday, we listened to Will Clarke, Legion, Nexuz, Adventure Club, Dmitri Vegas and Like Mike, Gramatik and Bassnectar. The artists that stole that day were Legion and Gramatik. More importantly, MC Dino at the Hospital stage was ah-mazing. 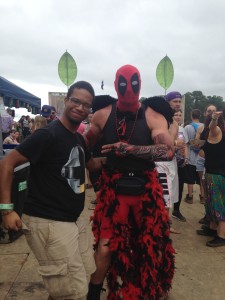 On Sunday, we decided to leave early because of the weather conditions and an injury as a result. However, we did see a few artists, including Laidback Luke who was our favorite of who we saw. But we were lucky to get out in good health and spirits.

Yes, we had fun. We are people that try to find the silver lining in bad situations. However, SFX and ID+T should be ashamed for the lack of effort they put in organizing considerably the largest music festival in the state of Georgia, and one of the largest in the country. Every facet across the board, including the artist hospitality was sub par. If there was any sort of preparation (e.g. Lockn’s graceful approach to create the best situation possible in their storm) there could have been more positive experiences than negative. I personally hope that the companies take this as a learning experience, and make TomorrowWorld that much better in the future, if there is one. 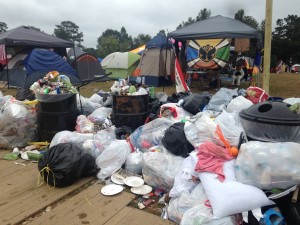 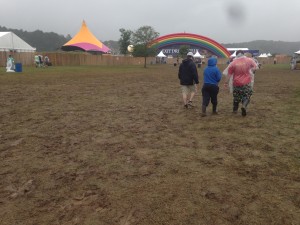 Keurig Kold Will Allow You To Make Coke Products from Home

The 9 Best Places to Get a Burger in Atlanta